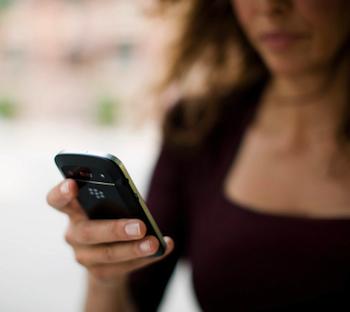 The keynote presentation from the BlackBerry Live event in Orlando brought with it a variety of new announcements from the reinvigorated firm, from the BlackBerry Q5 smartphone and the BlackBerry 10.1 update, to stage appearances by, “Brand ambassador,” Alicia Keys, and Mercedes Formula One team driver Lewis Hamilton. However, CEO Thorsten Heins held something back to ensure the show ended on a high note, as he revealed BlackBerry Messenger would become a cross-platform messaging service this summer.

That’s right, BlackBerry is planning to release BBM on iOS and Android in the next few months, enabling BlackBerry owners to communicate using the standard messaging service on their phones, with friends who own devices running a different operating system. The first version of the app will feature BBM chats with one or more people, voice note sharing and access to BlackBerry Groups, for collaboration on calendars, photos and certain files.

Future versions of the BBM app will receive BBM Voice and video chatting features, plus access to BBM Channels, which was also announced during the BlackBerry Live keynote. Heins made a big deal over BBM’s user base, telling us it has 60 million active users, with more than 51 million using it on a daily basis. At least 10 billion messages are sent each day, and apparently, half those are read within 20 seconds of receipt.

All this talk does depend on the app being approved for use in both app stores, and while Google Play is unlikely to be a concern, there’s always the chance Apple may make it difficult for BlackBerry. However, rather than targeting iMessage, it’ll be other cross-platform apps such as WhatsApp in BlackBerry’s sights. It was also confirmed the app will be free to download and use.

No actual release date has been mentioned, primarily because it’s down to the app getting approved, so all we can do is wait for more information from BlackBerry.

Topics
Video-editing app LumaFusion to get a Galaxy Tab S8 launch
My iPhone 14 Pro camera is ruined, and it’s all Apple’s fault
The best QR code scanning apps for iPhone and Android in 2023
This Apple leaker just revealed tons of changes for iOS 17 and iPhone 15
How to get Apple’s Black History Month 2023 wallpapers for your iPhone and Apple Watch
Here’s another big reason why T-Mobile 5G dominates AT&T and Verizon
Apple’s Black Unity watch band looks great and supports a good cause
The Nothing Phone 2 is real, and it’s coming to the U.S. this year
A foldable iPad in 2024? This Apple insider is ‘positive’ it’s happening
How to sync your Outlook calendar with an iPhone
Secure Your Value: Lock in the price of your Verizon phone plan for 3 years
AirTag helps flyer find his AirTag – but not his missing wallet
Best Apple Deals: Save on AirPods, iPads, MacBooks and more