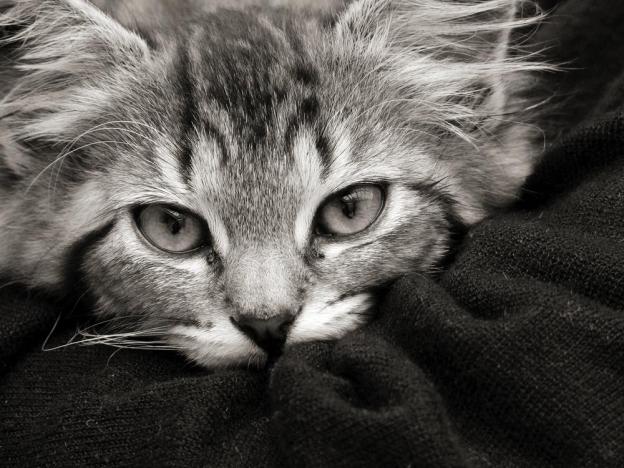 A dog may well be man’s best friend but as far as convicts are concerned, it appears cats are the animal of choice.

In the second story of its kind this year, a felonious feline has been caught trying to smuggle mobile phones into a prison. The latest incident took place at a correctional facility in Verkhny Chov, deep in northern Russia.

Guards at the jail said they spotted the cat on the prison’s perimeter fence with a package strapped to its belly. Aware that cats don’t usually saunter around with packages attached to their underside, they decided to investigate further, at which point they discovered it was carrying a couple of mobile phones together with chargers. Putting two and two together and most definitely coming up with four, the guards hastily nabbed the cat and its contraband.

Prison officials told local media the animal was promptly detained “in the act of trying to deliver forbidden objects”. It’s not known if they have since discovered which convicts were hoping to get their hands on the devices, or if the cat has received any punishment for its blatant wrongdoing.

Earlier this year, a heavily weighed-down cat in north-east Brazil was caught as it tried to enter a prison carrying a mobile phone, a memory card, an earphone, two saws, drills and a number of batteries.

A spokesperson for the prison told a local newspaper at the time, “It’s tough to find out who’s responsible for the action as the cat doesn’t speak.”

Topics
Video-editing app LumaFusion to get a Galaxy Tab S8 launch
This EU law could force Apple to open up iMessage and the App Store
The best iPhone apps to download in November 2022
How to get Android earthquake alerts: Google ShakeAlert, MyShake, and more
There’s a very clear winner in our heated Pixel 7 vs. iPhone 14 camera battle
Cyber Monday is your last chance to get an iPhone for $99
Even the Apple AirTag is discounted for Cyber Monday 2022
Time is running out to save $100 on the Pixel 7 for Cyber Monday
Samsung Galaxy Z Fold 4, Z Flip 4 get big Cyber Monday discounts
Why a Kindle Paperwhite is the best $100 you can spend on Cyber Monday
When is my phone getting Android 13? Google, Samsung, OnePlus, and more
This Amazfit fitness tracker is $35 for Cyber Monday, and it’s selling fast
This 10-inch Lenovo tablet is $129 for Cyber Monday (selling fast)