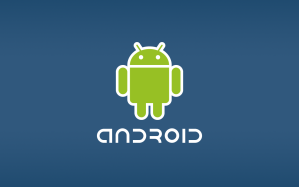 The rise in popularity of Google’s Android mobile operating system is attracting the wrong kind of attention in South Korea. South Korea’s two largest search engines DHN and Danum have filed complaints against Google, alleging that the company is preventing competitors from embedding search applications on Android devices.

“Through a marketing partnership with major smartphone producers, Google has prohibited other market players from preinstalling their search window or related applications,” NHN said in a statement.

DHN and Danum allege that it’s no coincidence that Google fairs better in mobile searches. According to one South Korean analyst, Android-based devices made up 70 percent of the 10 million smartphones purchased in South Korea through the end of March.

Smartphones sold in South Korea use Google search by default. Google has denied the allegations that it prevents manufacturers from opting to use non-Google search engines on their devices. “Android is an open platform, and carriers and partners are free to decide which applications and services to include,” a Google spokeswoman told Bloomberg.

Android device owners can opt to to install another search engine app on their phones after purchase, but DHN and Danum allege that having Google be the default pre-purchase app constitutes an unfair advantage in Google’s favor.

Google is facing increased scrutiny around the world over some of its practices. The U.S. Federal Trade Commission is reportedly considering a broad investigation into the company’s Internet search business. In March, Microsoft lodged an antitrust complaint with the European Union, alleging that Google restricts Microsoft’s Bing search engine from linking to content owned by Google, namely YouTube.