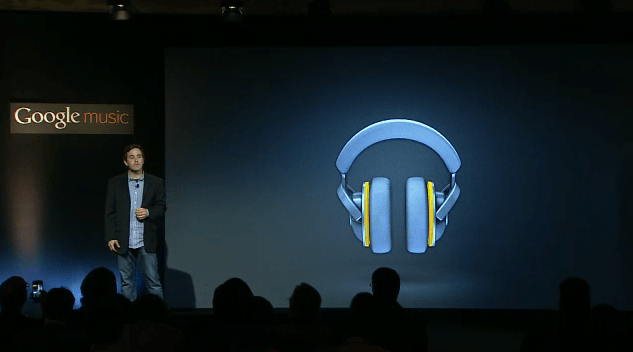 Google introduced its fully-fledged music service, fittingly dubbed Google Music, today. While it’s notoriously late to the music streaming party and not exactly breathing down competitors’ necks, it may have enough brand power and a handful of innovative features (not to mention Android’s current market share) to make a case.

After testing Music Beta for Google over the summer, the brand has constructed its own take on a listening application and secured three of the four big labels. But before we get into some of the legalities of the new service, here’s a rundown of everything that’s now at your disposal.

Google Music has been updated for both Web and the Android Marketplace. Music Manager, the application that grabs your music as you so choose and imports it to its cloud-based locker service, will be receiving a few updates over the next few hours. The Android Marketplace, which boasts book and music sections, will now include a music catalog with millions of songs. Pricing for the service remains the same: You can store and stream 20,000 songs for free.

The app will include curation features to help you discover music with staff picks, promotions, artist profiles, etc—powered by the same mechanism that Google has used for its Instant Mix tool.

So where does that leave iPhone users? Google Music is available via iOS browser, but that’s about as good as it gets.

Of course the caveat with streaming services is that bad connectivity can sometimes leave you without access. There’s an option to pin down tracks and albums individually (equivalent to Spotify’s offline listening). But be forewarned: When you want to download an album you have purchased, you have to download each song individually. Meaning you might find yourself extremely dependent on the cloud. It’s making “locker service” sound like much more than a euphemism.

Most of the real announcements relate to Google Music’s discovery and sharing applications. Along with music suggestions, content will take a cue from Google’s self-proclaimed “music geeks” and your own friends.

Google says your friends’ suggestions play a big part in your music discovery and purchasing choices, and the service will give hugely expanded abilities to share tracks. Songs and albums will include a share button, which will let you post the track or album to the Google+ stream, where you can designate what Circles or individuals you want to share it with.

When you are buying music, you get the standard 90-second preview. But when you buy a track or album, those you share it with get a go at the whole thing. What’s more significant is the ability to share a full listen to an entire album with your contacts. Caveat: you can only share with music you access through Google Music. So anything you uploaded to the storage service you bought elsewhere isn’t share-able. You can do this via Web or Android smartphone.

Of course Google’s ability to deliver on a quality product hasn’t been the center of its music service brouhaha. The company’s trouble ringing in major labels has had critics pointing to the struggles it’s had with Google TV and the lack of content there.

While all four major record labels did not sign on, Universal, EMI, and Sony Music are all partnering with Google Music, as are many other indie labels. Collectively, Google Music will have access to some 13 million tracks (eight for the time being, the rest will be introduced in the coming months) from more than 1,000 record labels.

Google’s also boasting some exclusive content for Google Music. Never-before-heard and seen tracks and footage from The Rolling Stones, Busta Rhymes, Coldplay, Shakira, and other artists will be available (some of it for free) in the music store. Honestly, it feels a little like Google’s trying to tempt us with free content and distract from the fact that the technicalities mean it’s sort of holding our music hostage. But given your faith in the cloud (and Google), that’s a decision for the user to make.

But what about the twist?! We heard earlier this week that Google would be introducing its music service and there would be something new and unusual about it, and that would be the Artist Hub. While Google Music is undoubtedly a product for consumers, it’s also implementing some tools for emerging artists. The Artist Hub allows musicians to create their own page and sell their music for whatever price they want. Google is also working with YouTube to integrate this into the YouTube merchandise store.

At first glance (stay tuned for our hands-on with the Web and Android-based application), this appears to be a very powerful tool for new artists. It’s elevating them to what could become some valuable real estate and giving them some professionalism—not to mention exposure.