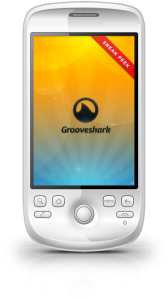 Google on Tuesday removed the popular music streaming app Grooveshark from its Android Marketplace. Grooveshark has drawn the ire of the music industry for allegedly violating copyright laws.

The Gainesville, Florida-based Grooveshark, which also exists as website, calls itself “the world’s music library.” The service relies on users to upload music to the site where it’s stored and made available for other users to stream.  The Web-based service is free, but Grooveshark charges monthly subscriptions for access to its mobile apps.

Google’s decision to remove the app comes as the company is facing increased scrutiny from lawmakers over sites that offer services or goods that are alleged to violate copyright laws. Google’s chief counsel Kent Walker is scheduled to appear today in front of the House Judiciary Committee during a hearing that will address online piracy. Google has been accused of profiting from copyright infringement by permitting piracy sites to use Google’s ad service. Google has denied those claims.

It’s not the first time that Grooveshark has fallen out of favor with an app purveyor. Grooveshark was briefly available in the Apple App Store before it was yanked last August after Apple allegedly received a complaint from the record label Universal Music UK. IOS users with jailbroken devices can still download the app through the third-party app portal Cydia.

While Grooveshark has worked out a deal with EMI to stream copyrighted music, it reportedly still has yet to reach a deal with Universal Music — a possible instigator in Grooveshark’s dismissal from the Android Marketplace.

“We remove apps from Android Market that violate our terms of service,” a Google spokesman told CNET when asked about Grooveshark’s removal from the Android Marketplace. Concerns about copyright may be one reason, but another possible impetus for Google’s decision is that the Internet Giant is reportedly on the verge of launching its own music service, making it a convenient time to clampdown on a potential competitor.