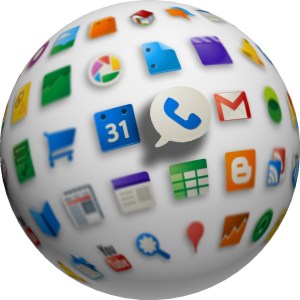 Last week, we reported that Google was “not happy” with how well its app market is performing in relation to Apple’s App Store. Today, we’re beginning to see how far the search giant will go to make Android a competitive platform. According to the Wall Street Journal, Google plans to hire dozens of app developers to work on unique apps for the Android Market.

To fast track development, Google is looking to hire candidates that already have apps in development or solid plans for new products. Many Googlers are being shifted to the new initiative–one of incoming CEO Larry Page’s first–as well. Google is promising new developers the freedom and feel of working in a start-up company, but with the comfort of having experienced app developers around for advice.

Currently, the Market has more than 100,000 apps, but that number pales in comparison to Apple’s 350,000 apps. In addition to making the Android Market more intuitive to use, having a wider slate of popular exclusive apps could drive users to Android and to the Market. There is money to be made, as well. Global app revenue is expected to triple this year to $15.1 billion.

Unfortunately, though Google has released many apps, many haven’t been properly supported. Google Listen, an audio podcast app, is a good example. The app still has a number of bugs and lacks the polish seen in other apps, but provides a valuable service. If cleaned up, it could serve as a great video podcast player as well, but Google stopped investing resources in it. As far as we know, there isn’t even an organized directory where content providers can submit new podcasts. Hopefully with the new resources, Google will double down on overdue improvements to its current apps as well.

Video-editing app LumaFusion to get a Galaxy Tab S8 launch
The best Christmas apps for everyone in 2022
Hive Social is my favorite Twitter alternative, but that’s not saying much
Apple Music Replay 2022: where to find and how to see your listening stats
App subscription fatigue is quickly ruining my smartphone
This Amazfit fitness tracker is $35 for Cyber Monday, and it’s selling fast
This 10-inch Lenovo tablet is $129 for Cyber Monday (selling fast)
Save $200 on the Samsung Galaxy Tab S7+ with S Pen for Cyber Monday
The best smartphone stocking stuffers for the 2022 holidays
Don’t buy the wrong iPad during Cyber Monday — get this one instead
Samsung’s Galaxy Buds earbuds line is discounted for Cyber Monday
Audible Cyber Monday deal drops the price of Premium by 60%
This is your last chance to get 3 months of Kindle Unlimited for just $1