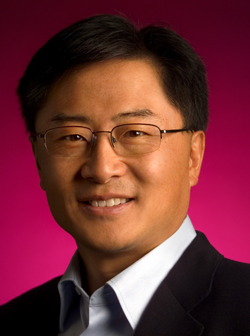 Google has a bad case of App Store envy. At the Inside Social Apps conference in San Francisco yesterday afternoon, Google’s Eric Chu was confronted by a mobile game developer and acknowledged that Google is “not happy” with the number of paid apps being downloaded on the Android Market. Chu, the Android platform group manager, told the developer that Google is working on ways to improve the market in 2011 by improving recommendations and merchandising. One idea is to list top apps/games by their usage as well as downloads.

Here is Chu’s roadmap for Android in 2011, reported by Forbes:

Carrier billing is a good idea, but it could turn sour quick. It would mean that purchases made on the Android market would show up on your phone bill instead of your credit card as it currently does through Google Checkout.

Before the iPhone App Store, most in-phone purchases were made using carrier billing. The process is sometimes simpler, but it can lead to a myriad of headaches.In the past, game and app developers would routinely charge recurring monthly fees of $1.99 – $3.99 to users for access to apps that should not require such a subscription. This model was built on the idea that users don’t check their phone bills enough to notice the extra charges. Getting carrier-based charges removed also means a call to AT&T, Verizon, Sprint, or T-Mobile customer service, which is never fun and always time consuming. Hopefully Google will limit some of these problems and concerns with carrier billing, as it would be a simpler option for some.

When asked about competition to the Android Market, like Amazon’s upcoming app store, Chu claimed Google has no issue with options, but elevated the Android Market above stores like Amazon and the iPhone App Store, which choose their content more selectively. “Competition is always good,” he said. At the same time, Google will continue to invest in the Android Market to make sure that there’s a place “developers can always count on to make their apps available under clear rules without business restrictions.”

The best Android apps for June 2022