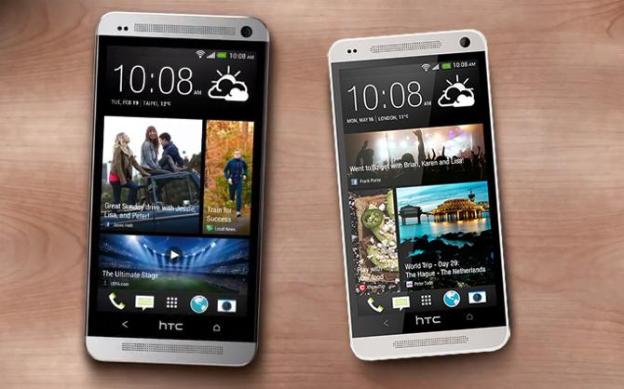 Check out our review of the HTC One Mini smartphone.

It’s no secret that HTC has been busily working away on creating a ‘mini’ version of its flagship One phone. While the One has definitely improved the dismal sales the company has been experiencing, a more affordable smartphone may be just what the company needs to pick itself up from this slump.

According to a report from Bloomberg, the smaller device is a direct challenger for the yet-to-come Samsung Galaxy S4 Mini which, though still technically unofficial, snuck its way onto Samsung’s website recently, but has since disappeared. While the report hasn’t revealed any additional details about the devices specs that we haven’t already heard, it hints at HTC gearing up for an aggressive campaign against competitive miniature devices, which will not only include the upcoming S4 Mini, but the supposed iPhone Mini as well.

The HTC One Mini is likely to be a nearly identical replica to the current flagship, but with a 4.3-inch screen rather than 4.7 inches, and a 720p display instead of a 1080p. The processor will also be cut in half; whereas the One has a quad-core processor, the Mini is expected to have a dual-core. And storage for the miniature phone will peak at about 16GB, which isn’t too bad, all things considered.

We’re expecting to see the phone debut in August, which is right on point with both the iPhone Mini and S4 Mini’s anticipated release. With three big releases in a row, for affordable versions of the types of phone many people are lusting after, success for each company is going to be part brand loyalty and part smart marketing. We’re eager to see how each goes about the latter of the two because, let’s face it, when manufacturers go after each other, the results can be entertaining.

Updated by Jeffrey Van Camp on 6-12-2013: Engadget has obtained a supposed image of the HTC One Mini. It’s impossible to verify if this is accurate, but it looks like you’d expect – just like the HTC One, just smaller.

Video-editing app LumaFusion to get a Galaxy Tab S8 launch
Save up to $350 on the Samsung Galaxy Z Fold 4, Z Flip 4
Samsung Galaxy S23: release date, specs, price, and all other rumors
Apple Health vs. Samsung Health? What I learned after using both
How to unlock a phone on every carrier in 2022
I still love my iPhone 14 Pro, but not for the reason I expected
The best iPhone apps to download in December 2022
Instafest app: How to make your own Spotify festival lineup
How old phones became the cool, good phones in 2022
The best Android apps for December 2022
The Galaxy Z Flip 5 might fix the Flip 4’s biggest design flaws
Don’t listen to billionaires like Elon Musk — app stores are fantastic
The best Samsung Galaxy S22 Ultra screen protectors for 2022