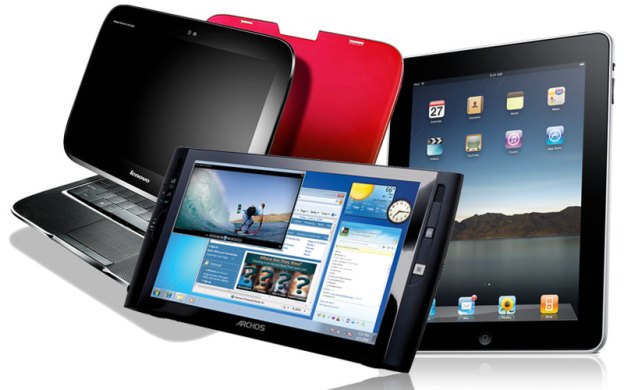 The worldwide tablet market has surged over the first three months of this year, with the latest report from data analysts IDC showing a 142 percent increase over the same period last year, resulting in 49.2 million tablets being shipped. The research has highlighted Microsoft’s impact on the market following the introduction of the Surface RT and the Surface Pro, with IDC putting its sales at 900,000 for a 1.8 percent market share.

While this is way behind the competition, it puts Microsoft in fifth place behind the major players, which considering this time last year it didn’t have any tablets on sale at all, is an admirable achievement. So just how far behind is it? IDC has Apple out in front, with 39.6 percent of the market after shipping 19.5 million iPad tablets. Despite shipping more than in Q1 2012, Apple’s market share has dropped from 58 percent, thanks to Samsung and its continually growing Galaxy tablet range.

In the first quarter of 2012, Samsung controlled 11 percent of the market and shipped 2.3 million tablets, but this year, this has grown significantly, resulting in a 17.9 percent share from 8.8 million shipments. That’s a whopping 282 percent growth. Even this impressive figure isn’t the largest to be found on IDC’s chart, as Asus – makers of the Nexus 7 and the recently released Fonepad – leapt 350 percent over last year, grabbing third position with 5.5 percent of the market and shipping 2.7 million tablets.

Splitting Asus and Microsoft is Amazon, with 1.8 million Kindle Fire devices sent out, resulting in a 3.7 percent share. The many other tablet manufacturers, presumably with sales totaling less than Microsoft’s 900,000, make up the remaining 15.5 million shipments. It’ll be interesting to see if, in the future, Sony can find its way into the top five with the Xperia Tablet Z, released this month, given the success its smartphone cousin has found.

As always with these reports, the figures can vary between analytical firms, as they’re based on figures which don’t always come from the manufacturer, and are calculated in different ways. For example, Strategy Analytics has global tablet shipments at 40 million, and Microsoft’s share at 7.4 percent. No prizes for guessing which one Microsoft will want to use in its promo material.

Topics
Video-editing app LumaFusion to get a Galaxy Tab S8 launch
The best tablets for 2022: Which should you buy?
Which iPad tablets are compatible with iPadOS 16?
Selling fast: This 8-inch Android tablet is $79 at Walmart today
The best tablets for kids in 2022: Fire HD, iPads, and more
I love the Oura Ring, but I’m increasingly worried about its future
Why GPS is critical to your smartphone — and desperately needs an overhaul
Kindle Black Friday deals just landed – save on Paperwhite and Oasis
Garmin watch Black Friday deals: Forerunner 45 and Vivoactive 4
How to block someone on WhatsApp messenger
Best stylus for tablets and computers: Top pens for note-takers and artists
Should you buy an iPad on Black Friday or wait for Cyber Monday?
Should you buy a phone on Black Friday or wait for Cyber Monday?