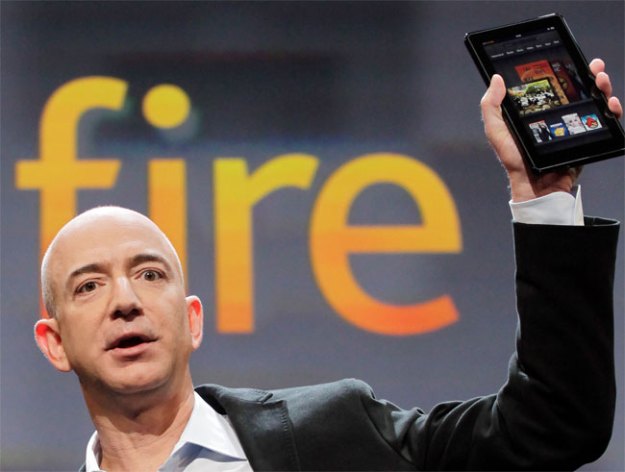 Industry analysis firm IHS iSuppli has completed its preliminary teardown report on the Amazon Kindle Fire tablet, and finds a total bill of materials (BOM) for the device sums up to $186.50. When coupled with manufacturing expenses, Amazon’s total cost for a Fire tablet is $201.70—some $2.70 more than the $199 Amazon is charging for the device.

Amazon has repeatedly indicated that it hopes to make a small profit on hardware sales of devices further down the road, but the company’s goal is really to foster an ecosystem where users buy content for their devices, whether that be movies, television shows, apps, or (of course) ebooks. Due to expected revenue from content sales, Amazon is willing to sell the devices at a bit of a loss, and (going forward) at lower margins than typical device manufacturers.

The teardown cost analysis of the Kindle Fire highlights the contrasting business approaches of Amazon and Apple in the tablet market to date. Although Apple earns some money from the sales of apps, music, movies, books, and other content through iTunes, those figures have always been tiny compared to the money the company earns through hardware sales: despite everything, Apple remains first and foremost a hardware company. Amazon, conversely, is in the business of selling content, and its Kindle ereaders (and now Kindle Fire tablet) are offered essentially as portals into Amazon’s content ecosystem—where the company hopes to earn its money.

It’s important to note that while IHS’s estimate of the cost of the Kindle includes manufacturing costs and estimated prices of individual components, it does not represent the substantial investment in research and development that Amazon had to put into the Kindle Fire to make it a reality. In the Fire’s case, that’s much more than slapping Android into a device and pushing it out the door: it involves a whole new interface for the Fire device, as well as Amazon’s own cloud-assisted Web browser, Silk.

Video-editing app LumaFusion to get a Galaxy Tab S8 launch
These 80+ apps could be running adware on your iPhone or Android device
Can’t stand using Instagram in 2022? This app fixes everything you hate about it
Google wants you to know Android apps aren’t just for phones anymore
The best ad-blocking apps for Android in 2022
How to use iOS 16 photo cutout to cut and paste images
The best selfie apps for iOS and Android
Experts say the iPhone 14’s satellite feature may have a dangerous side effect
How the Galaxy Z Flip 4 fixed my unhealthy phone habits
iOS 16’s biggest Apple Pay feature might be delayed until 2023
Best iPhone deals and sales for September 2022
Huawei’s Mate 50 Pro is here with an insane 200x zoom
Best Prime Day Deals: What to expect from the October event