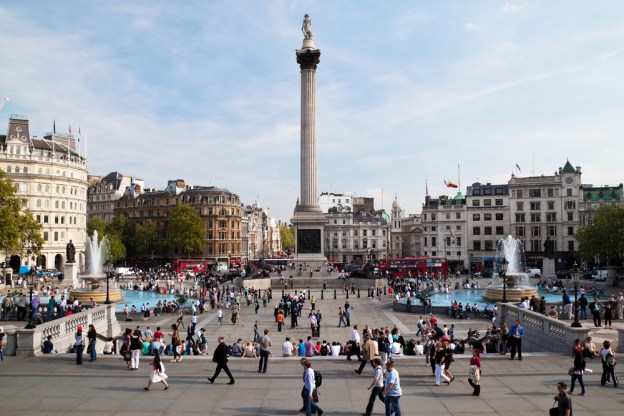 Whether you’re London born and bred or a tourist visiting from overseas, you may be interested to know that from now until the end of the year you’ll be able to gain access to a Wi-Fi network in the city for free.

Granted, you’ll obviously need to own a device, such as a smartphone, tablet or laptop, to connect to the service. Oh, and another thing – and this might put some people off – you’ll need to be in central London to use it. Yes, central London, the most crowded part of the UK capital, or indeed, of the whole of the UK.

Nokia is operating the free service in partnership with independent Wi-Fi provider Spectrum, with the Finnish mobile phone company promising to make it a permanent fixture in the city if the trial proves successful.

Twenty-six hotspots have been set up, in places like Oxford Street and Tottenham Court Road. Users can join the network through a single click, with no registration required. As for speed, users can expect a maximum of 1 Mbps, which should be fine for browsing the web and sending emails.

“From tourists finding their way around the capital, to commuters updating Facebook or browsing on the move, we all depend on mobile to share our everyday experiences and enhance our lives,” Nokia UK’s head of marketing John Nichols said on the company’s website. “Nokia is proud to sponsor this pilot which we hope will connect people even more easily than before.” The initiative comes in the same month that the company launches the Lumia 800 and 710 phones in the UK. The devices will appear in the US some time next year.

While free Wi-Fi in the UK capital is becoming more popular in places like pubs, cafes and restaurants, it’s more difficult to find it on the streets. British Telecom offers access through its Openzone network, though that costs. As a result, Nokia’s service is likely to prove popular for those out and about on the streets of central London. If you do connect to it, just remember to look where you’re going.