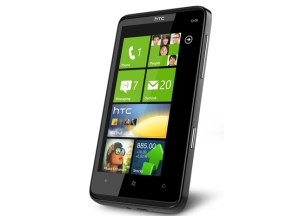 It looks like Microsoft can breathe a small sigh of relief. It doesn’t look like Windows Phone 7 is going to be an outright flop here in the States. In fact, initial reports seem to suggest that demand has been strong for the first batch of Windows Phone 7 devices following yesterday’s US launch with one phone reportedly going out of stock.

For a period starting yesterday lasting through early this morning, people attempting to purchase HTC’s HD7 through T-Mobile’s website noticed the device was tagged, “item is not available for immediate shipment.” There was no further explanation, but the notice was assumed to indicate that the phone had sold out. However, as of this writing, it appears that phone is now back in stock and shipping within expected times.

Of course, it’s not clear how many HD7s T-Mobile had in stock to begin with and it’s difficult to gauge just how high demand is for the phones across the board due to the fact that the company has debuted the operating system on several devices simultaneously. There has yet to be any supply issues reported with AT&T, the other carrier currently stocking Windows Phone 7 devices.

Yesterday’s US launch follows the debut of Windows Phone 7 in Europe, New Zealand, and Australia. Demand has been particularly high in the UK where at least one carrier has had difficulties keeping the handsets in supply. Here in the US,  it will likely be several weeks – if not months – until we’ll have strong indications about where Windows Phone 7 will fit in the competitive US smartphone market.