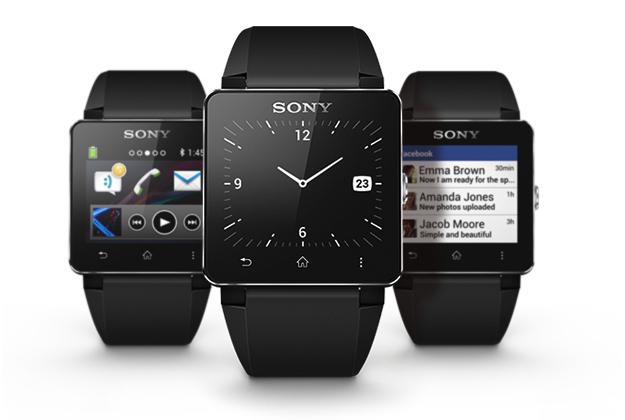 Check out our review of the Sony SmartWatch 2 watch.

After a few days teasing us with the prospect of a new smartwatch, Sony has launched the SmartWatch 2 during a press conference at the Mobile Asia Expo in Shanghai, where it also revealed the Xperia Z Ultra smartphone/tablet hybrid. As the name indicates, this is a sequel to the SmartWatch, Sony’s second attempt at a wrist worn gadget after the Live View.

The SmartWatch 2 has a 1.6-inch LCD display, with a resolution of 220 x 176, and is made from a combination of aluminum and plastic, while the included strap is stainless steel. It will connect to any Android device – no matter whether it’s a phone or tablet – running Android 4.0 or later, but like its predecessor, isn’t compatible with iOS. It uses NFC for one-touch pairing, and maintains the connection using Bluetooth 3.0.

So what can it do once it’s connected and strapped to your wrist? Sony says it’s instantly compatible with a range of notifications and events, such as SMS, MMS, Facebook, Twitter, Google+, Gmail, and missed calls, plus other apps including the music player, your phonebook, the weather, calendar, and the call log. Additionally, it can act as a remote camera shutter, and amazingly, display the time and date too. Owners will also have access to the 200-plus applications designed for the Sony SmartWatch which are already available through Google Play, and there are sure to be more to come in the future.

The watch section is 9mm thick, which is slimmer than the 11mm thick Pebble, but a single millimeter thicker than the first Sony SmartWatch. It’s compatible with most 24mm watch straps, and the watch section is IP57 splash proof, but not entirely waterproof. According to Sony’s specs, the battery is good for about 6 days low usage, or 4 days for regular use.

Sony hasn’t revealed how much the SmartWatch 2 will cost, but has said it’ll go on sale in September, and that it’ll be available all over the world.