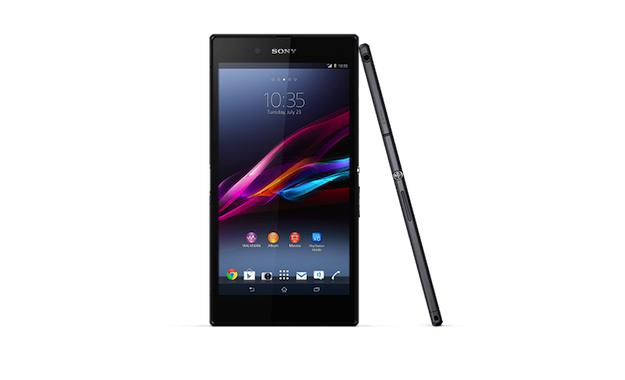 Sony has announced the Xperia Z Ultra, the device previously leaked as the Togari, and as expected, it’s absolutely massive. Sony claims it’s the slimmest device with a Full HD display, and also houses the largest Full HD smartphone screen on the market. How big? It’s 6.4-inches, and although it’s a phone, that’s a tablet screen size. At this size and resolution, the Xperia Z Ultra boasts a pixel density of 342ppi.

The Triluminos screen uses Sony’s X Reality engine for great contrast and colors, and like the Bravia Engine, it’s supposed to improve lower resolution images and video for viewing on the high-res display. Instead of including a stylus, Sony says the screen recognizes the input of a normal, everyday pencil, or any capacitive stylus with a 1mm tip.

So, that’s the screen dealt with, how about the size of the chassis? Of course, it’s a big device, but at 6.5mm thick, it’s very close to stealing the world’s slimmest device crown from the Huawei Ascend P6. The Z Ultra is heavy though, and weighs 212 grams, which is even more than its primary rivals, the 183 gram Galaxy Note 2, and the 198 gram Huawei Ascend Mate.

Excitingly, the Xperia Z Ultra is the first device to be announced which uses the Snapdragon 800 processor, which will run at a speed of 2.2GHz, and has 2GB of RAM to help it out. There’s 16GB of internal memory, plus a microSD card slot, and the phone will connect to HSPA+ and 4G LTE networks. Android 4.2 Jelly Bean is the operating system.

On the rear of the Z Ultra is a slightly disappointing 8-megapixel camera, but it does use Sony’s Exmor RS sensor, and it has an HDR mode, 1080p video recording, plus it’s joined by a 2-megapixel forward facing video call camera on the front. Other features include Bluetooth 4.0, NFC, and GPS, plus, like other Xperia Z hardware, the Z Ultra is water and dust proof.

Sony will be releasing the Xperia Z Ultra all over the world after the summer, although there is no exact release date, or price available for the device.