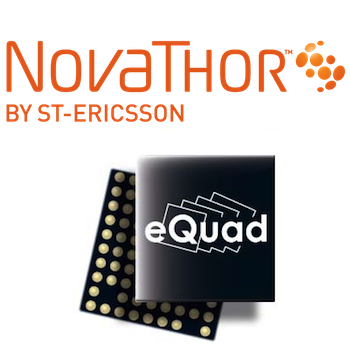 ST-Ericsson, the joint venture chip manufacturer known for powering hardware from Sony, Nokia, Samsung and Huawei, plus it produces a range of modems, is to split up. The news comes after a buyer couldn’t be found for the venture, following a search which began at the start of 2013, and included discussions with companies such as Samsung.

Now, the firm will be split into three parts, with Ericsson committing to take over design, development and sales of all modems. Ericsson already has a strong presence in the infrastructure market, and wants to make a go of the modem side of the business, aiming to eventually become one of the top three players.

STMicroelectronics will handle all other ST-Ericsson products. This includes two facilities in France and Italy, with around 950 employees, although it’s not stated exactly what it’ll be doing in either one. Anything not covered will be included in the third section of the split and shut down, which sadly means 1,600 employees will lose their jobs.

Speaking to The Wall Street Journal, STMicroelectronics CEO ruminated on the ambitions with which the company started out with in 2009. He said, “We had all indications that this would have been a good business, with a great business with certain European customers.” “Things change,” he concluded.

What’s not clear in all this is the fate of the NovaThor platform, of which the impressive L8580 eQuad chip is the most recent incarnation, as it’s not mentioned in the official documentation. In the Wall Street Journal piece, it’s stated STMicroelectronics will be dedicated to general purpose chips for use in the automotive industry, suggesting the mobile arm will be in the third part of the deal, and therefore one of the casualties. If the switch to the auto business tactic sounds familiar, it’s the same one chosen by Texas Instruments late last year, when it decided to leave the mobile processing business.

It’s estimated the process of splitting up the company will be completed sometime after summer, but before the end of the year.