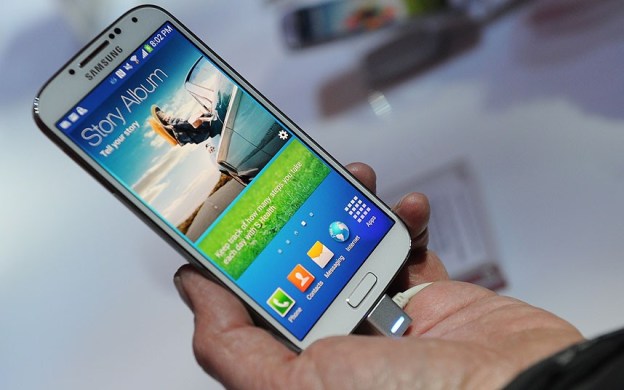 Prospective Samsung Galaxy S4 owners in the UK who’re expecting an eight-core processor hidden inside their new phone are about to be disappointed, as the UK version of the S4 will use a 1.9GHz quad-core chip, just like the model set for release in the U.S. Initially reported by Omio, we got in touch with Samsung in the UK to confirm the news, and were provided with the following statement:

During its lavish launch event the Galaxy S4’s processor was hardly discussed, and press releases also glossed over which chip would be powering the phone. However, it was widely expected the Galaxy S4 would retain the eight-core chip in the UK, while the quad-core chip was confirmed for the U.S. version.

When Samsung released the Galaxy S3 in the UK last year, it came with the 1.4GHz Exynos 4 Quad chip, which is also used in the Galaxy S3 LTE sold by EE. This time around, a 1.9GHz quad-core chip, believed to be Qualcomm’s Snapdragon 600, will be fitted to the Galaxy S4 in the U.S. to ensure it has support for all the requisite LTE bands. While Samsung’s own Exynos chips clearly have some 4G LTE support, it’s looking like compatibility with the UK’s growing 4G network just isn’t there yet.

EE may be the only 4G game in the UK at the moment, but that will all change later this year, as Vodafone, O2 and Three all switch on their own, competing networks. Unlike EE’s re-farmed 1800MHz network, these will use the 800MHz and 2.6GHz frequencies, which could be where the problem lies.

Regardless of this, the eight-core chip is one of the Galaxy S4’s major selling points, and we wonder how many people will think twice about pre-ordering once they realize it’ll be a quad-core phone, particularly as 4G won’t be available until much later on in the year, and inevitably restricted to certain locations at first.

Video-editing app LumaFusion to get a Galaxy Tab S8 launch
Best Phone Deals: Save on Google Pixel 6, Galaxy S22 Ultra
How to use the Galaxy Z Fold 4’s massive screen without losing your mind
Best tablet deals for September 2022
iPhone Flip: what we know about Apple’s foldable plan
Does the iPhone 14 have a 120Hz display?
How to transfer WhatsApp messages from Android to iPhone
Best cheap Fitbit deals for September 2022
The Uber hack is an outrageous tale of a teen hacking for fun
The best Samsung Galaxy S22 screen protectors for 2022
LG’s doomed Rollable phone appears on video to show us what we missed
How to transfer your SIM and phone number to an iPhone 14
Amazon’s new Fire HD 8 tablets run faster, last longer, and start at $100