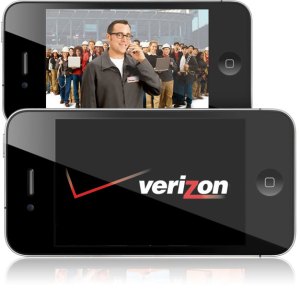 As if tech-lovers haven’t been discussing the release of the iPhone on Verizon since the beginning of time (or at least since the iPhone was first released exclusively to AT&T in 2007), Verizon and Apple sent out a little reminder today that the Verizon version will be available for pre-order starting tomorrow, February 3, at 3 am EST, and will arrive in stores (or on your doorstep) on February 10.

In case you forgot: The iPhone 4 will cost $199.99 for the 16GB version, and $299.99 for the 32GB model with the signing of a new two-year agreement. An unlimited data plan through Verizon will cost $30 per month. Customers can order online via Verizon, or visit the Apple Store.

The joint Verizon-Apple statement also reminds potential customers that, “due to high demand,” iPhone 4 orders “will be fulfilled on a first come, first served basis.” Whether or not that’s because they truly believe they don’t have enough iPhones to go around, or because they’re simply trying to boost the hype surrounding the long-awaited release, is a matter of speculation.

As we’ve previously noted, the Verizon iPhone will surely be a success. But Apple has been receiving increasingly stiff competition from Android, as it recently took the top spot in the worldwide smart phone market, beating out both Apple’s iOS and Nokia’s once-ubiquitous Symbian operating system as the most popular OS among recent phone buyers.

Verizon’s CDMA-compatible iPhone 4 will differ from the GSM AT&T version in a few ways. Most notably, the Verizon iPhone comes loaded with a 3G EV-DO antenna chip, capable of 1.4 Mbps downloads. The AT&T version, on the other hand, comes with a UMTS chip, and can download at up to 3 Mbps — hypothetically, at least.

Another major difference is that the Verizon phone is capable of acting as a Wi-Fi hotspot for up to five separate devices. But that functionality will cost you an extra $20 per month for 2GB of data usage.

In anticipation of Thursday’s iPhone 4 release, both T-Mobile and AT&T announced this week 4G-capable options. T-Mobile teased the Samsung Galaxy S 4G, which can reach download speeds of up to 21 Mbps (though not currently possible on T-Mobile’s still-slow network); AT&T announced the HTC Inspire 4G, and will also get the Motorola Atrix 4G, which debuted at CES 2011.

No matter how well the Verizon iPhone sells, one thing is clear: It’s a good time to be in the market for a new smartphone.