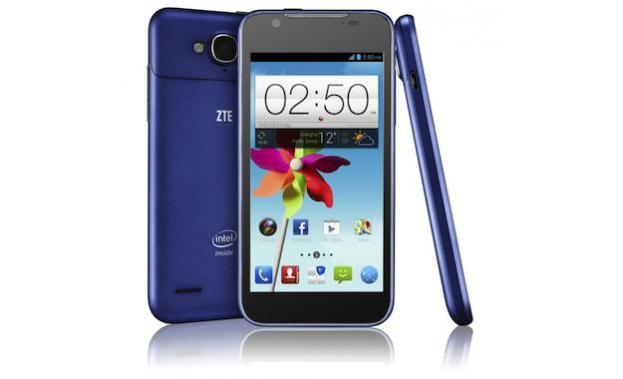 You may recall ZTE launching the poorly named ZTE Geek smartphone at the beginning of April, only to be disappointed to learn the phone wouldn’t be released outside of China. Well, ZTE has come up with a similar phone for Europe, and this time it has avoided a cringe-making name, preferring to use nomenclature relevant to other internationally available ZTE phones.

It’s the ZTE Grand X2, and is the spiritual successor to the Grand X IN, the company’s first Intel-powered phone. Like the Geek, and several other handsets including the Lenovo K900, the Grand X2 is powered by Intel’s Atom Z2580 processor, also known as the Clover Trail+ platform. It has a clock speed of 2GHz and is assisted by 1GB of RAM.

The screen measures 4.5-inches and has a resolution of 1280 x 720 pixels, while the lens to an 8-megapixel camera can be found top-center on the rear panel. Like many other manufacturers at the moment, ZTE is pushing the camera’s burst mode, saying it’s the fastest available, snapping 24 frames a second with virtually no lag from the shutter. Joining the main camera is a 1-megapixel video call lens above the screen.

ZTE has said the operating system will be Android Jelly Bean, but hasn’t provided information on which version, and that it’ll be enhanced by its My-Pop UI which supposedly simplifies one-handed operation. We saw this widget in operation on the ZTE Grand Memo at Mobile World Congress, when it was listed as Mi-Pop, and it worked quite well on the massive 5.7-inch display. The feature list is completed with 8GB of storage space, a microSD card slot, and a 2000mAh battery.

The Grand X2 represents the continuation of ZTE’s partnership with Intel, which was further cemented back in March, when the pair announced they would be collaborating on various devices featuring the Z2580 Clover Trail+ platform. The phone is ready to go on sale in Europe just after the summer, but exactly where and how much it will cost is unknown at this time.