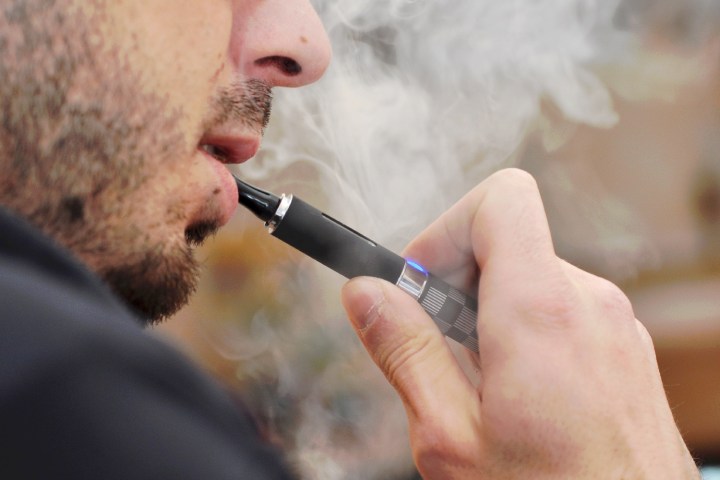 The Food and Drug Administration is continuing to seek reports people who experience seizures after e-cigarette use, the agency said Wednesday. Since 2010, the FDA received 127 reports of seizures or other neurological symptoms, but research is still ongoing as the FDA doesn’t have enough information to link the events.

About 90 of these reports had come since April, when the agency first put out the call for Americans to report if they believed they had a seizure or other neurological issue following e-cigarette use. At the time, the reports received between 2010 and 2019 had no clear pattern to determine a cause.

Acting FDA commissioner Ned Sharpless said in a statement that additional reports and more detailed information on reported incidents could help the agency identify risk factors. They also hope to uncover what exactly is causing the seizures in the first place and if preexisting medical conditions may be to blame.

“We’re committed to monitoring this issue closely and taking additional steps as necessary to protect the public, especially our nation’s youth, from the dangers of e-cigarettes and other tobacco products,” Sharpless said.

To be clear, not all of the agency’s 127 reports were for seizures: the FDA said that some of the reports were for other neurological issues such as fainting and tremors. It also cautioned that the additional reports received don’t necessarily indicate an increase in “frequency or prevalence” of such issues.

But could the cause of these health problems be something simple?

Nicotine is dangerous in large quantities

Traditional cigarettes and cigars are finite. You light them up, smoke them, and put them out. They also have a finite amount of nicotine.

Vaping is different. Using the popular Juul vape as an example, one 5% cartridge roughly has the same amount of nicotine as a pack of cigarettes.

But unlike cigarettes, with vaping you aren’t ever “finished.” You can keep puffing and puffing, not realizing you may technically be getting the same amount of nicotine as you would chain-smoking.

There’s also another critical factor to consider: absorption. E-liquid delivers nicotine to the bloodstream far more effectively than cigarette smoke does, possibly twice as fast, studies indicate. With some vapers puffing so often, is too much nicotine the culprit?

Experts warned about nicotine overdose for years as the popularity of e-cigarettes exploded. Some of the symptoms in the FDA reports are also symptoms of overdose, which makes this a possible explanation.

In the early stages of overdose, symptoms are mild. Nausea, dizziness, anxiety, and tremors may occur. But as more nicotine is absorbed, symptoms can get far worse, including seizures, loss of consciousness, and even respiratory failure.

Smokers and some vapers might have experienced the effects of too much nicotine too quick: the so-called “nicotine buzz” is just that.

While the number of cases is significant, with millions of e-cigarette users, it is a tiny sample. The FDA will need to continue to study the reports it receives to make a judgment on whether nicotine overdoses are to blame for these issues.

Dr. Jun-Xu Li, professor of pharmacology and toxicology at the University of Buffalo’s Jacobs School of Medicine & Biomedical Sciences, warned of jumping to conclusions too quickly.

Li told DigitalTrends that the FDA reports are random and don’t happen in the controlled environment of a lab. “We don’t have enough data to support or dispute the negatives,” he said. “We need a large study.”

An actual overdose on nicotine would be very difficult to do on purpose, Li said, as the increasingly adverse side effects act as a deterrent. While Li did confirm seizures are a potential side effect of ultra-high levels of nicotine, he added it was “impossible to vape too much in a short period of time.”

But some could be more sensitive to higher nicotine levels. “Is it possible that a very small set [of the population] are super sensitive? Of course,” he argued.

Either way, we are bound to find out sooner rather than later. The FDA isn’t alone in researching vaping: Li said there is “lots of research” on the topic happening right now.

“They want to know more,” Li said. “[Vaping’s popularity is] so widespread.”

Themis Smart Mirror analyzes skin and stress levels to promote wellness
Your next therapy dog could be a biomimetic robot
Don’t drop your diet yet, but scientists have discovered how CRISPR can burn fat
A smartphone app for diagnosing autism could soon win FDA approval
Overclockers surpassed the elusive 9GHz clock speed. Here’s how they did it
Amazon starts drone delivery trials in California and Texas
What to expect at CES 2023, from mondo TVs to EVs
12 high-profile tech opportunities for those job hunting
Make tech work for you: 10 side gigs to make extra money for the new year
CES 2023: Intel’s new 13th-gen CPUs are faster, cheaper, and more efficient
GeForce Now upgrades to RTX 4080 for 4K 240Hz cloud gaming
Nvidia brings the mighty RTX 4090 to laptops at CES 2023
Belkin just made a huge bet on sustainability at CES 2023