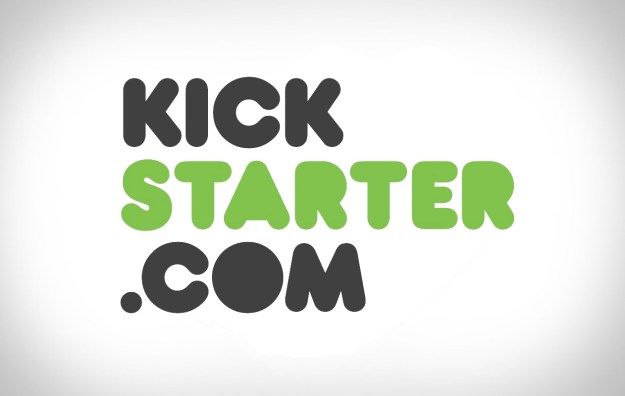 When Kickstarter was founded in 2009, it was the website your creative friend used to raise money for a music video or art piece he or she wanted to make. You liked the maker enough (and probably owed them a beer or two over the course of your long friendship) so you chipped in $5, $10, maybe even $25. Sometimes there’d be promises of a keychain, maybe a party, maybe just a thank-you note, but if you didn’t get those, not such a big deal.

Now, Kickstarter is responsible for funding game consoles and an Academy Award-winning short. And if you want to be on one of the first to get that certain something you’re backing, sometimes you have to pony up hundreds of dollars – like the $100 for the Pebble E-Paper Watch, or the more than $2,000 for your very own 3D printer.

All of a sudden, many are not just supporting passion projects, they’re mentally buying passionately made objects and expecting a little something in return. And well, those don’t come with a “receive it by Christmas-time or your money back!” guarantee. And as evidenced by this hiring sign for a Director of Trust and Safety for the site, it is becoming a bigger concern.

“Some people think Kickstarter is a store,” says Matt Marrocco, product designer behind the two successfully funded Kickstarter projects I DRAW CARS and I DRAW COMICS. But he’d like to remind you – just as Kickstarter would – that Kickstarter is, in fact, not a store.

There will be delays. Sometimes long ones. Sometimes the project never materializes.  And this is how to deal with it.

Marrocco received more than 6,000 pre-orders for his second book, I DRAW COMICS, which he did in collaboration with Marvel artist Ryan Stegman. “We just went ‘wow, we did a lot better than we thought,’ and that was that,” Marrocco says. “It kind of sucked because we were behind.”

He and his wife packed the 2,000 or so books from his first project, I DRAW CARS, up from their Chicago garage. For I DRAW COMICS, however, they found a fulfillment company to process the orders. “We fell behind for a couple months.” There were emails telling backers of a delay and after that, “most people were cool with it.”

Falling behind is almost to be expected for Kickstarter projects. Kickstarter co-founder Yancey Strickler wrote a blog post basically asking people to back-off from demanding that projects materialize as projected.

While updates about delays are helpful for all, if those aren’t forthcoming (or if it seems like everyone has gotten their order except you), Marrocco recommends clicking the “Contact me” link on the right-hand side of the Kickstarter page. That goes straight to the project-owner’s inbox.

Not good enough? Commenting on blog posts with specific requests and contacting the Better Business Bureau. Often, it was just a matter of the project-owner getting enough contact information to actually send something out, or it having gotten lost in the mail. And if it’s the latter, Marrocco says he happily just sends on another one.

So, what is there to do to make as sure as possible that you get your Kickstarter stuff? First, send a nice email. Second, follow-up. Third, tweet and Facebook at them–the visibility makes you hard to avoid. And finally, if that all doesn’t work, take to Amazon Payments who processes the money.

Take the money and ran

So, the bad news: Kickstarter would like to reiterate that it’s the creators’ responsibility to complete projects and that it doesn’t guarantee projects or investigate them. The company has pulled projects (and not charged backers) after evidence of Photoshopped images, unrealistic promises and failure to deliver on previous Kickstarter projects emerge; however, if you are one of the unhappy backers of the Geode by iCache, you’re out of luck, kind of.

On April 21, 2012, the iPhone accessory which promised to store credit card and other card information securely got seven times more than its goal of $50,000. And while it has gotten favorable hands-on reviews (meaning it did materialize!) an estimated more than 20 percent of the Kickstarter backers didn’t receive their gadget and many of those who did got malfunctioning ones.

Then, things went further south with the parent company iCache getting sued for backpay and the angry masses took to Facebook. Amazon Payments, who facilitates the money stuff for Kickstarter, has seemingly refunded many of the unhappy Geode customers according to the Facebook wall. However, Kickstarter maintains it’s a platform and not a provider. “On Kickstarter, people ultimately decide the validity and worthiness of a project by whether they decide to fund it,” Kickstarter has said.

However, many backers seem okay to bite the bullet and move on. When fully-funded video game Haunts decided it couldn’t deliver on its project as promised and messaged its backers, only two people asked for their money back.

But again, Kickstarter would never even say that old chestnut “buyer beware.” “In addition to rewards, a big part of the value backers enjoy throughout the Kickstarter experience is getting a closer look at the creative process as the project comes to life,” says Kickstarter rep Justin Kazmark. Because, again, it is not a store.

Topics
Level up your company’s social media strategy with Sprout Social
Many Twitter accounts could soon lose blue checkmarks
Twitter Blue looks set to change its pricing again
What is Twitter Blue and is it worth it?
What is Mastodon? Here’s why everyone’s talking about this Twitter alternative
Elon Musk reveals date for Twitter Blue relaunch
Twitter closes offices as ‘work pledge’ deadline passes
What is Ambient Mode on YouTube?
What is BeReal?
How to delete a BeReal post
How to use TikTok’s voice changer
Twitter attempts to sort out verification system with new badges
Hive Social is my favorite Twitter alternative, but that’s not saying much