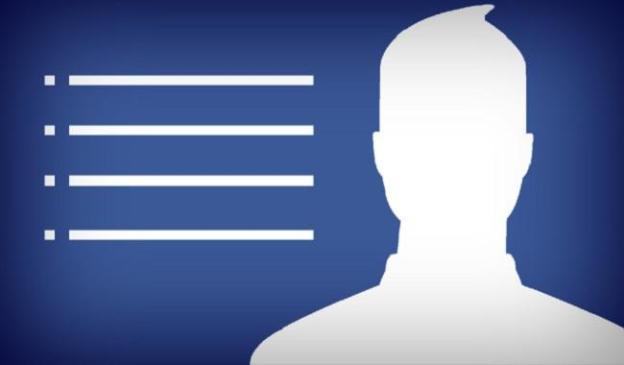 Not to brag, but I currently have 1,399 “friends” on Facebook. That’s a ridiculous – and probably false – number, and it’s my own fault. Most Facebook users probably find themselves in this position: With far too friends, a crowded News Feed of information you don’t care about from people you barely know, and a guilt complex about actually deleting people.

If only Facebook’s News Feed algorithm weren’t so terrible. If only Facebook had an automatic unfriending function that were you to not talk to someone for years, they would just disappear from your contact list. If only Facebook really could tell who you wanted news from the most. Of course we’ve learned these things are all out of our reach, and instead you’ll need to manually clean up your News Feed that’s over-saturated and way too cluttered.

But if you aren’t brave enough to pull the unfriend trigger and don’t want to spend too much time organizing your feed, there is a saving grace: Facebook Lists. You might not think you need them, but you absolutely do.

Ask yourself, “Will this person attend my wedding/birthday/funeral?” It’s a sad reality, but probably half of your friends on Facebook won’t, and that’s completely OK. Once you’ve accepted that fact, you’ll feel less bad for rating your friendships with people, which is what it will take for you to fully maximize your Facebook experience without going bonkers.

Facebook has three default lists where you can place certain contacts:

Close Friends is for people you want to receive updates from on a regular basis. This is where you place your best of friends, the ones whose posts never irritate you no matter what. It will show up in your News Feed every time one of these people posts anything.

Acquaintances is designed to house contacts you don’t necessarily want to keep tabs on. I’ll even go as far as recommending that you put any Facebook friend you have you’d rather forget, like your exes, people you went to school with but aren’t super chummy with, people you’ve only hung out with once, that sort of thing, under this designation. Rule of thumb is if you can’t place when and where you’ve met a certain someone in under 10 seconds, that person deserves to be put in this list. Placing them here will limit their posts’ appearance on your feed.

Restricted is for people you want to keep on the outs without deleting them. The only stuff the people on this list will see are those that you publish publicly, so if you’re a “friends only” kind of person, that won’t be much. If you work in a pretty strict environment that frowns upon drunk Facebook photos, then you might want to place conservative co-workers under this list. Think of this list as the two-way Acquaintance list – you not only want to see less of them, but you also want them to see less of you.

2. Always have a backup plan

It’s perfectly understandable to want to isolate people through the Acquaintance and Restricted lists on a daily basis – think of it as your collection bin of forgettable friends. However, due to the nature of Facebook and its active users, there will come a time when your stalker tendencies will re-activate and make you extra-curious about these not-so-important contacts. For that, you have “smart lists” which automatically scans your friends’ profiles and classifies them according to personal information they have in common with you.

Facebook has four automatic smart lists you can activate that will help you remember how you know someone.

If you included Education in your personal information, this list will compile the people who attended the same school/s as you.

Same goes for Employment – any individual who says they work (or have worked) with you will be filed under this smart list.

If you put in your current city or hometown under Living in your account’s About page, people who live in the same city or within its vicinity will show up here.

Finally, in case you need reminding, you can place relatives you are friends with on Facebook under the Family smart list.

3. DIY your own lists

You can check out all the lists you have so far and easily access them from one page. If you want to share a post only a specific list can see, you can do it here, or you can do it on your own Timeline. The three default and four smart lists should be enough to relieve a bit of your social media stress, but in case you have more than 500 friends, it might be wise to start creating more specific lists.

Here are a few ideas to get you started:

Why should you bother with all this, you ask? It will help you compartmentalize your Facebook perusal very easily. You can, at any time, just find out what your childhood chums are up to these days. After that you may want to find out how your pals over at so-and-so company are fairing. No matter what list you decide to check, you can easily stick to a theme and leave no one out. Depending on the person’s privacy settings, you can also keep track of their online activity (if you have a “Significant Other” list, you can easily find out what comments he/she posts on whose account).

Creating custom lists can also help you filter your own posts from specific groups of people.

Now that you know what custom lists are for, here’s how you create one:

Go to your Lists page where all your default pages ought to appear. Hit the + Create List button. A pop-up will appear asking you for a List name and the people you initially want to place in the custom list.

After you create it, you will be brought to a feed that only shows posts from people on the new list. On the right sidebar you can easily add more people to the list. If you are blanking on names, you can check out some of Facebook’s own suggestions.

Once you create a list, you can add any Facebook contact to it, either by entering their names on the list’s sidebar of by going to their profile specifically. The latter should be easier for newly added contacts or those you see on your News Feed that you haven’t assigned to a list yet.

At this point, you can go to your News Feed and check out your left sidebar again. Under “Friends” You can see some of your lists. You can click “More” to bring up your Lists page. If there are particular lists you feel like you’d want to check out a lot more often than others, you can Favorite them.

Favoriting them will make them appear up top, along with your News Feed, Messages, Events, Photos, and Browse.

In case you’re feeling a little overwhelmed by the current state of your News Feed, you can always easily check on your specialized lists and not bother with anyone else who isn’t in them.