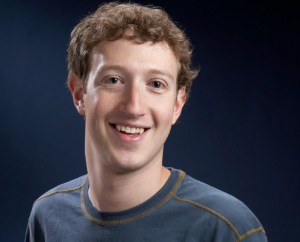 Mark Zuckerberg has begun slaughtering animals with his bare hands. The Facebook co-founder and chief executive recently vowed to only eat meat that comes from animals that he has killed himself, reports Forbes. The gruesome goal is the latest iteration of what the 27-year-old Internet billionaire calls his yearly “personal challenge” to better himself.

So far, Zuckerberg has killed lobsters, chickens, a pig and a goat. Because Zuckerberg is usually swamped with the monstrous task of running Facebook, however, he rarely has the time to hunt and kill his own prey. This has resulted in an almost entirely vegetarian diet.

“I’m eating a lot healthier foods. And I’ve learned a lot about sustainable farming and raising of animals,” he says. “It’s easy to take the food we eat for granted when we can eat good things every day.”

Rather than stick to the standard cuts of meat most of us buy at the super market, Zuckerberg and his long-time girlfriend, Priscilla Chan, eat as much of the slain animal as they can stomach. This includes chicken liver and heart, and the feet, which are boiled to make stock.

Helping to guide Zuckerberg’s deadly hand is Silicon Valley chef Jesse Cool, who runs the Flea Street Cafe in Menlo Park, California, and has become friends with the social media baron. She has helped introduce Zuckerberg to local farmers who can supply him with his critter victims, and even reportedly taught him how to kill his first chicken, pig and goat.

“He cut the throat of the goat with a knife,” Cool told Forbes, “which is the most kind way to do it.”

Each year, Zuckerberg tasks himself with a new challenge. Last year, he spent an hour a day learning to speak Chinese (Mandarin, to be specific). And in 2009, he wore a tie every day. Zuckerberg sets such goals, he says, to teach himself “greater discipline,” and because, without them, Facebook would consume his life entirely. “I spend almost all of my time building Facebook, so these personal challenges are all things I wouldn’t normally have the chance to do if I didn’t take the time,” he said in an email to Forbes.

So, how did killing animals jump to the top of his list of personal challenges?

“I started thinking about this last year when I had a pig roast at my house,” he wrote. “A bunch of people told me that even though they loved eating pork, they really didn’t want to think about the fact that the pig used to be alive. That just seemed irresponsible to me. I don’t have an issue with anything people choose to eat, but I do think they should take responsibility and be thankful for what they eat rather than trying to ignore where it came from.”

Zuckerberg says that he is interested in going hunting. So watch out, deer. You’re likely next on the hit list.

Mark Zuckerberg’s new puppy gets his own Facebook page