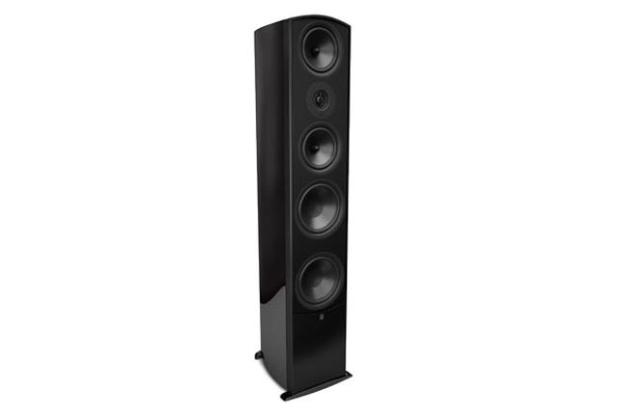 “That Aperion Audio can get you so dangerously close to audio nirvana for just $1,800 means that, for us, this is the speaker to beat for the time being.”

Full disclosure: I used to be employed by Aperion Audio three years ago. For two and a half years, I avoided reviewing any of Aperion Audio’s equipment because I felt doing so might generate a perceived conflict of interest, even though such a conflict has never existed.

A few months ago, I heard Aperion Audio’s Verus Forte towers and put an end to my self-imposed moratorium on Aperion reviews. The Verus Forte was a speaker that was conceived, designed, engineered, voiced and manufactured long after I was gone. It sounded great and I felt I would be doing a disservice to our readers by not covering it if I had the chance.

The reason I am putting forth this disclaimer now (as opposed to then) is that my review here for the Aperion Verus Grand is overwhelmingly positive, and I refuse to leave anyone to speculate as to the integrity of my evaluation. Make no mistake, the Aperion Verus Grand sound amazing… I’m just here to tell you about it. Plenty of other respected reviewers share my opinion, should any shred of doubt be left at this point.

Having reviewed Aperion Audio’s Verus Forte speaker, it seemed logical that we follow it up with an evaluation of the Verus line’s flagship model, the Grand. We expected the much larger speaker to sound, well… larger… than the diminutive Verus. Much to our surprise and delight, the Grand far exceeded our expectations. In our Verus Grand review, we take a close look at the design of the speaker, give a detailed account of our evaluation, share some opinions on the state of pricing in the speaker market and explain exactly why it is the Verus Grand now has a home in our testing lab as our full-size reference speaker.

For those who have not read our narration of Aperion’s out-of-box experience by way of our Verus Forte review, here’s the watered down version: It’s awesome.

Aperion scores points at each step of the de-boxing process. First, the box material is high-grade, thereby helping to ensure the speakers will survive whatever stress is imposed on them during shipping. If they don’t, Aperion will replace them and take care of return shipping on the damaged units.

Second, instructions on how to go about opening the box are clearly printed on the box itself and on a leaflet inside. Yes, there is a right way and a wrong way to de-box and the wrong way is a hassle. Aperion knows this. Trust them; you want to follow the instructions.

Third, Aperion uses EPE foam to protect the speakers, which doesn’t bust apart into millions of tiny foam balls that will litter your home and choke up your vacuum cleaner. Why can’t everyone use this stuff?

Fourth, the speakers and even subs come wrapped in velvet bags with golden drawstrings. Aperion also ships a care kit with full systems, including a polishing cloth, white gloves to keep your greasy fingerprints off the glossy finish and an SPL meter for assistance with calibration.

Our Verus Grand review units came in gloss piano black, but a real cherry wood finish is also available. Each tower speaker comes with cast iron outriggers (feet) that can be used with flat feet or floor spikes if preferred. Using floor spikes will often improve bass response by de-coupling the speaker from resonant floors.

Each speaker packs a total of five drivers. Sandwiched between two 5-inch Kevlar midrange drivers is a 1-inch silk dome tweeter with a ring radiator for controlled dispersion. Below that, we found two 6-inch Kevlar woofers to handle bass duty. Aperion tells us that the woofers fire into their own ported chamber while the midrange drivers and tweeter operate in their own sealed box, essentially putting two rooms into a speaker-sized condo.

The Verus Grand are bi-ampable, meaning you can use one amplifier to handle bass while another will take care of the mids and treble. Several A/V receivers offer this option, so long as you’re willing to give up a pair of surround speakers.

Aperion’s selection of finishes for the Verus line may be limited to two, but the two they offer are first rate. The real cherry wood has a rich, dark tone to it while the high-gloss piano black lacquer finish is so smooth and deep, it might make your Steinway jealous. Covering up the drivers is a perforated metal grill that is held flush against the recessed speaker baffle using magnetic tabs.

We placed the Verus Grand 75 inches apart (center to center) and about 25 inches out from the wall behind them (as measured from the back of the speaker). Each speaker had roughly 36-inches of clearance from each acoustically treated side-wall.

The pair of Verus Grand we received had probably been broken in for many hours before they were sent to us. Still, we intended to give them some play time before we got down to any serious listening; that’s just our M.O. We still give the speakers a brief listen straight out of the box and take a few notes. Long story short: The introductory listen was in no way brief.

The Verus Grand snatched our attention like a Venus Flytrap snaps up an insect. We were lured in and then – wham — here we were locked in a vice grip of sound, powerless to escape and destined to become mushy blobs in our seats. And we liked it. A lot.

Rather than taking a laid-back approach, the Verus Grand bring the party to the listener. The sound these speakers produced leapt out into the room, giving us a very deep, three-dimensional soundstage on which musical instruments and voices danced about. We’d describe the speakers as sounding “live,” but that term doesn’t do an adequate job of conveying how capable the speakers are. Nope, let’s throw some more descriptive words around, shall we?

In addition to having a spritely, spirited attitude, the Verus Grand have a talent for resolving impressive amounts of inner detail. You know those little hidden gems in recordings that you have yet to discover? The Verus Grand are very adept at exposing them. As we listened to our worn-out SACD copy of Steely Dan’s Aja we found some of the analog keyboard textures were almost palpable. There’s a certain sort of dirt or grit to some of those old-school effects and the Verus Grand served it up in such a way that we didn’t just hear it, we felt it.

Speaking of feeling it, the Verus Grand’s bass response definitely left an indelible mark on our mind’s ear. At no point during our listening sessions were we even remotely tempted to kick in a subwoofer. Not only did the four combined 6-inch woofers deliver plenty of low tones, they also packed a poignant punch as well. On our SACD copy of Elton John’s Madman Across the Water we were led to a nearly endless buffet of audible treats, but one of the experiences that stands out most was 1 minute and 27 seconds into “Levon” where the drums finally kick in. It’s only a two-second fill, but those two seconds of ‘70s-style, slightly muted drum battering just about knocked us out. First we got the snap and quick decay of the toms, then the chest-pounding assault of the kick drum. Good thing we had a crash-cart nearby.

Perhaps the aspect that is most telling of these speakers’ pedigree is the way they express tonality and intonation. Often, speakers cover up a lot of the harmonics that are actually present in a recording. With the Verus Grand, we heard dissonances and sympathetic harmonics that had previously gone unnoticed. In less technical terms: There were points where were able to hear that a piano was just slightly out of tune or two guitars would join in a riff making it sound as if there were a third guitarist. These are the kind of sonic nuances that separate a recording from the real thing. The Verus Grand are just really successful with transporting you to a special, musical place.

Texture, detail, balance, tonality, weight… we use these words to try to express the idea of sound but, ultimately, you have to hear the Verus Grand to fully appreciate what they are capable of. If you share our taste for sound, we think you’ll find these speakers incredibly exciting and enormously satisfying.

Aperion Audio has quietly thrown down the gauntlet with the Verus Grand speakers. With performance this stellar, Aperion could easily get away with charging more but, instead, chooses to offer the Verus Grand for $1,800 a pair, delivered to your home or office with no added shipping charges. In doing so, they have posed a serious challenge to makers of speakers that charge $5,000 just to sniff their products.

Is the Verus Grand the best speaker ever? Of course not. Aside from sound appreciation being a very personal choice, the fact is that better-sounding speakers do exist; but to get at them, you’re going to have to take out a second mortgage on your house.

That Aperion Audio can get you so dangerously close to audio nirvana for just $1,800 means that, for us, this is the speaker to beat for the time being. To overtake the Verus Grand, a speaker will need to even further test the law of diminishing returns. For that reason, we’ve decided to keep the Verus Grand around as a reference speaker, therefore making it a literal Editor’s Choice.