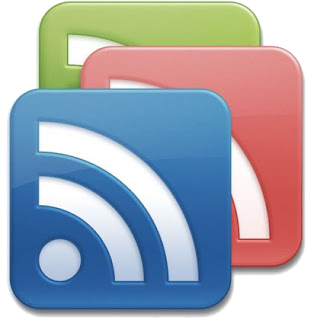 Its official: Google Reader is getting the axe once and for all. Although we understand that you may need some time to mourn the loss of your favorite RSS service after its unexpected demise on July 1, we also know that sooner or later you’re going to have to pull yourself together and move on — it’s the circle of (digital) life. Fortunately, there are a handful of cross-platform, Web-accessible news reading apps and services just itching to step up and fill the impending void in your life. Despite lacking the grand title, many of them offer the same syncing options and feature set that brought the Google Lab prodigy to the forefront of content management many moons ago. And rest assured, there are more on the way.

Here are our picks for the best Google Reader alternatives to keep your life organized and make the transition into a world not entirely run by Google. Trust us, we will make it through this thing together.

The Old Reader is probably the most Google Reader-esque application on our list. Even though the simple RSS reader is still in the beta phase of development, it’s still a fantastic choice for those looking to capitalize on the look, feature set and overall aesthetics of the old Google Reader. It touts the same social aspects and tools for sharing your beloved content with your friends, complete with notes and comments for an added personal touch. Many of the classic Google Reader keyboard shortcuts make a return in Old Reader and the ability to follow other users keeps you connected for a more immersive and social experience. You can also use your Facebook or Google account to log in and directly import your previous feeds using Old Reader’s built-in OPML import utility.

Admittedly, the lack of an optimized mobile version is a little bit of a turnoff, but the developers have been actively working on the software since they topped 5,000 users in October. In the meantime, you can snag the Google Chrome or Safari extension. It’s quick, simple and won’t cost you a dime.

Feedly continually popped up as a go-to suggestion in the wake of Google’s announcement regarding the end of Google Reader. It has grown by considerable leaps and bounds since its 2008 debut, ushering a slew of new features and mobile versions of the software, and remains one of the most highly-regarded news aggregates to date. The tool set boasts the typical features — syncing, saving and sharing stories on your favorite social networking sites — as well as several layouts for viewing stories in full, as a list, or in a more eye-pleasing tile or image format. The keyboard shortcuts are another noteworthy feature, as are the diverse automation tools that help keep your feed neatly organized no matter how much content is coming at you at once. Feedly even announced they are currently working on a project called Normandy (essentially a clone of the Google Reader API) that will help users seamlessly transition from Google Reader with relative ease.

Currently Feedly is free and offers its RSS service in the form of popular browser extensions for Firefox, Chrome, and Safari, and mobile apps for both iOS and Android devices. A more robust premium version of the software is also under development with a tentative release date later this year.

NewsBlur is one of the more playful RSS service on our list, but also one of the most expensive should you decide you want to lift the usage restrictions. Aside from the basic feed features such as the ability to share, star and save stories for later viewing amongst your friends, it also gives you an option for creating your own public blurblog for more intuitive sharing. The good-looking interface also gives you a variety of view options so you can read stories in the way they are presented on their native websites, in a text-only format or in a traditional RSS feed manner. The biggest downside to activating a free account leaves you subject to the various NewsBlur caps, such as the ability to view only 10 stories at time in the river, limited sharing options and something about starving a dog named Shiloh (seriously, look at side-by-side account comparison).

A premium package will set you back $24 a year, but it offers a more robust features set and lifts the assorted usage limits (it also feeds Shiloh). Regardless of which account you sign up for, NewsBlur is a sleek, fast, and viable option to Google Reader with some Flipboard-like pizzazz. There is also a mobile version for both iOS and Android devices.

Pulse brought a tiled, magazine-style approach to all your favorite RSS feeds back in 2010. Three years and several major updates later, the application continues to fend off the likes of similar software and remains of one of the best choices for a Google Reader alternative. Despite lacking a traditional interface, the application does offer many of the traditional features we come to expect in a quality RSS service, including the ability to browse and share stories across social networks as well as save selected pieces for later viewing. The UI is incredibly clean and Pulse even syncs your account across devices so you can access your feeds and pick up stories where you previously left off.

The Web application currently doesn’t have an option for directly importing Google Reader feeds, but the mobile versions for iOS and Android devices do.

Netvibes may not be a RSS service per say, but the free version of the dashboard publishing platform works rather well as a RSS service. Like Old Reader, the service will suggest blogs for you to follow and allows you to import your previous feeds using its built-in OPML support. However, Netvibes is not intended to be solely used as a RSS service, thus it also features a wide selection of widgets that you can set up and use in a similar fashion to iGoogle. Whether your looking to simply check the weather or the latest sports scores, Netvibes keeps it all in one place alongside a wealth of news stories from some of your favorite publications on the Web.

Once registered, users can access the software via the Web or on its mobile site, but there are no optimized apps available for any devices at the moment. However, the ad-free software is by no means bare bones and those looking for merely a RSS service without all the attached bells and whistles may want to look elsewhere on our list.

What do you think of our top picks for the best Google Reader alternatives? How are you coping with your loss? Let us know in the comments below.

How to download a video from Facebook
Are VPNs legal? Can you get in trouble for using them?
The best free VPN for 2022
Install these Chrome extensions on your relative’s new laptop
How to record your computer screen
How to save a webpage as a PDF
How to download music from YouTube
How to find archived emails in Gmail and return them to your inbox
How to sync your Outlook Calendar with your Google Calendar
How to block an email address in Gmail
How to easily log in to multiple Gmail accounts at once
How to change your Yahoo password
How to download Vimeo videos to your PC and phone