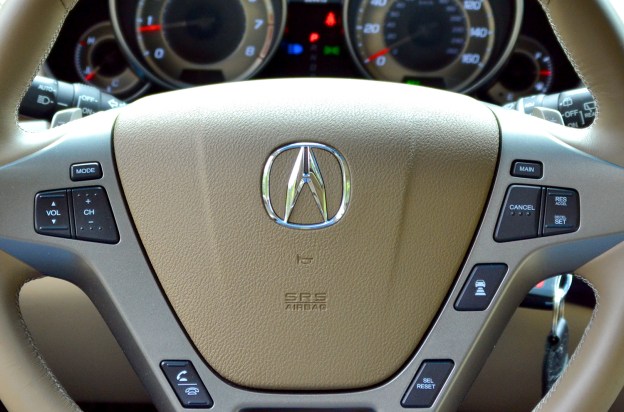 The proliferation of tech in cars may be an appropriate mirror for the tech driven world around them, but it also presents a major safety issue. Controlling all of the different features in new cars while keeping one’s eyes on the road is a challenge.

Several carmakers have looked to voice controls as a solution. A car-based version of Siri is a major component of Apple’s plan to work its way onto car dashboard’s for example. However, a new study says talking to a car doesn’t necessarily prevent distraction.

Researchers asked participants to perform a variety of secondary tasks, including listening to the radio or an audio book, talking to a passenger, talking on a cell phone, and using a speech-to-text e-mail and texting feature.

The results showed that talking to a passenger or talking on the phone (both hand-held and hands-free) caused about the same amount of distraction. However, using voice controls such as speech-to-text e-mail made it significantly harder to pay attention.

The researchers designated five levels or “Categories” of distracted driving, with Category-1 being the lowest and Category-5 being the highest. Using voice controls was rated a Category-3 distraction by the researchers; talking to a passenger or having a phone conversation were rated Category-2.

The AAA study disputes the common assumption that removing one’s hands from the wheel and taking one’s eyes off the road to push buttons or read a screen are the ultimate distractions.

“The assumption that if the eyes were on the road and the hands were on the steering wheel then voice-based interactions would be safe appears to be unwarranted. Simply put, hands-free does not mean risk-free,” the researchers said.

The Alliance of Automobile Manufacturers has already criticized the study, saying that, “We are extremely concerned that it could send a misleading message, since it suggests that hand-held and hands-free devices are equally risky,”

Carmakers are already significantly invested in hands-free tech. Certain systems, like Ford’s Sync, have been on the market for some time, and Apple is poised to introduce its car-friendly version of Siri in 12 makes, ranging from Chevrolet to Ferrari.

As more voice control systems go into production, researchers and drivers will get a clearer picture of how they affect people’s ability to concentrate. Of course, to eliminate all distractions, Jeremy Clarkson’s hammer-shaped “Off” button is still the best bet.

Do you think in-car tech is too distracting? Tell us in the comments.

The best radar detectors
How to use Apple CarPlay
Watch Ford and Bosch demonstrate automated valet parking system
What is OnStar?
Jeep is launching its first two electric SUVs in the U.S. in 2024
2024 Chevrolet Equinox EV aims for affordability with $30,000 base price
Cruise’s robot taxis head to Arizona and Texas
Uber says it’s investigating ‘cybersecurity incident’
Nvidia’s Drive Concierge will fill your car with screens
The Uber hack is an outrageous tale of a teen hacking for fun
Tesla to fix window software on 1M of its U.S. cars
Lux and refreshingly livable, Mercedes’ EQE moves EVs mainstream
How to watch Tesla’s AI Day tonight and what to expect