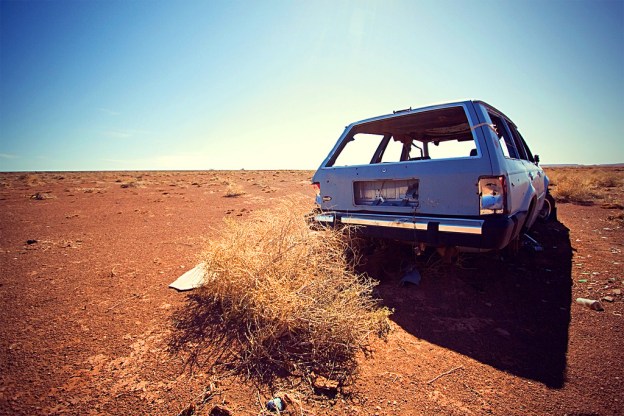 Are Millennials growing up in American Graffiti, or The Matrix? The car has been a symbol of youthful freedom for generations, but some believe tech has taken over that role, and that this generation prefers to socialize in the digital world instead of the real world.

Young people definitely are driving less. In 2010, buyers aged 21 to 34 purchased 27 percent of new vehicles, down from 38 percent in 1985, according to the Atlantic. A 2011 University of Michigan Transportation Research Institute study showed that the percentage of 16-year-olds with driver’s licenses had dropped from 46 percent in 1978 to 31 percent in 2008.

Of course, since 1985, smartphones have been invented and car sharing and public transportation have become viable alternatives to car ownership. Does this mean GM should put all of its development money into Buick? Not necessarily.

The price of freedom

It’s important to remember that cars are expensive. And not just expensive to buy, but expensive to operate as well. A smartphone and service plan might eat up a lot of a young person’s income, but it’s still much less than the overall cost of ownership of a car.

Of course, it wasn’t always this way. When the Baby Boomers were growing up, gas cost less than $1.00 per gallon (often a lot less), insurance was dirt cheap, and a serviceable clunker could be had for a few hundred dollars.

Now, insurance companies punish parents for letting their kids anywhere near a car. Adding a teenager to an existing policy can double the premium and a teenage male with no flaws on their driving record can expect to pay thousands of dollars a year for insurance.

Modern cars are infinitely better than Steve Bolander’s 1958 Chevy Impala or Marty McFly’s Toyota pickup, but that means they cost more to buy. The flood of expensive lightly-used cars coming off leases every year doesn’t help.

These cars do have one thing in common with smartphones, though: they’re hard to fix. The days of renting a bay at a garage to install a new clutch, a la Christine, are over. New cars are often too complex to fix without a dealership’s specialized tools and software, which makes said fixes more costly.

So a phone might be an extravagance for a teenager or college student, but it’s more attainable than a car. Young people may very well be avoiding driving because they can’t get cars, but they can get smartphones. They may also be getting both.

Everyone has to leave their parents’ house or their dorm room eventually, and the options available for doing that can influence the decision to get a car as much as cost or an infatuation with tech.

“Once I have a job that I cannot walk to, my car will become much more important. My phone will still hold the same amount of importance but my car’s importance will increase,” Roxanne Wilson, a college student in New Jersey, said.

Stripped of any romantic connotations, a car is just a way to get from place to place, and now there are more options.

Greg Burton, a systems analyst living in Boston, can use that city’s well-known “T” to get around, so electronic devices are more important to him.

Public transportation is much more reliable than it was a generation ago. The dangerous, graffiti-covered New York subways of the 1970s, for example, are a thing of the past. Many cities are upgrading their mass transit infrastructure or even building new light rail systems, some with free Wi-Fi or other tech amenities.

For those who don’t live near a tram or subway, though, the car is still just as important as ever.

“I need it to get to work,” Grace Van Schoick, a recent college graduate living in Providence, Rhode Island said. “There will always be electronic stuff around, it’s inescapable.”

No matter how connected the world gets, there will always be a need to actually go places. That’s true whether you’re a Millennial or a Baby Boomer.

Some might argue that reducing the car to one of potentially many transportation options shows that Millennials just don’t care about wheels. Cars have been part of popular culture for decades, but could the dominance of social media change that?

If young people are doing most of their socializing online then, theoretically, the car is losing most of its romance because fewer experiences are happening in and around it. That many Millennials don’t seem to view the car as the “rite of passage” previous generations did is what has marketing departments spooked.

If American Graffiti took place today, Richard Dreyfuss’ character probably wouldn’t have had to putter around town all night in a Citroën 2CV looking for a girl in a white Thunderbird. He could just tweet her description to his followers and wait for the social net to reign her in.

As long as car companies keep making vehicles that are evocative and desirable, the car will always have a place in people’s imaginations.

End of the road?

Smartphones and other connected devices are definitely the technology of the moment, but that doesn’t mean Millennials don’t want to occasionally take their fingers off of touch screens and wrap them around steering wheels.

It’s unfair to make assumptions about a group of people because they don’t buy something that may be out of their financial reach, or because alternatives exist.

Millennials are the first people to grow up with smartphones and other tech, so the way they do things will always be different from the way previous generations did them. Tech may be a big part of their lives, but that doesn’t mean they’ve given up on cars.

A Millennial is just as likely to get excited about a Corvette or Lamborghini as anyone else, and are equally likely to find a Toyota Camry boring. Cars haven’t lost their ability to excite, car companies just need to keep building exciting cars.

Cars move people through the physical world, and until we uploaded our collective consciousness to a mainframe, that will be an important part of everyone’s lives, regardless of how old or young they are.