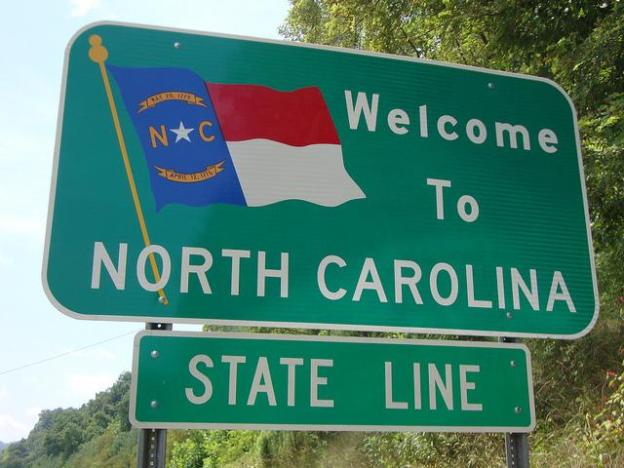 A new measure being considered in North Carolina suggests that electric vehicles might not have much as much appeal in some states as some had hoped.

North Carolina is considering joining a number of other states in the US that charge EV and hybrid drivers fees to help pay for the cost to build and maintain roads much like the owners of gasoline cars do when they pay gas taxes.

According to an ABC News report, state lawmakers are proposing that owners of EVs pay $100 a year and the hybrid car drivers pay $50 a year. The measure, which has already been passed by North Carolina’s Senate, is set to be considered by members of the state’s House.

“We earn our revenue (for state) transportation from three sources: fees; highway use tax, or the 3 percent tax on automobile purchases; and the motor fuels tax, also known as the gas tax,” Rabon told the Wilmington’s StarNews, as reported by ABC. “[The gas tax] is about 55 percent of our revenue.”

The general premise of the new North Carolina fee, among supporters of the measure, is that whether you own an old pick-up or a new hybrid, everyone who owns a vehicle in the state should be equally responsible for supporting the road infrastructure.

News of the plan to charge EV and hybrid owners the fee comes less than a month after North Carolina lawmakers proposed to make it illegal for Tesla to use its direct-sales method to sell its electric cars in the state, as reported by ABC News.

Jay Friedland, legislative director of the green car advocacy group, Plug In America, told ABC that while he agrees EV owners should share in the costs, the North Carolina measure is counterproductive.

Instead, Friedland proposes charging all state residents a fee based on miles traveled and the weight of a vehicle.  He said taxing green car owners at this point before there are more of them on the road diminishes the benefits of the vehicles such as cleaner air.

Even more, measures like the one being considered in North Carolina makes you wonder if some of those nice cash incentives touted by carmakers to entice you to buy an electric vehicle might be in jeopardy as well.

And if so, will people still be drawn to the  alternative vehicles, which have already been struggling to meet sales expectations? And looking to the future, if EVs gain in popularity  and continually increase as a percentage of vehicles being driven – driving down gas tax revenues – will the fees increase?

Are electric vehicles the future, no matter what kind of fees are levied on them, since you don’t have to buy gas? Tell us your thoughts in comments.

Cruise’s robot taxis head to Arizona and Texas
2024 Chevrolet Equinox EV aims for affordability with $30,000 base price
Jeep is launching its first two electric SUVs in the U.S. in 2024
Are EVs more expensive than gas cars? It’s complicated
Uber says it’s investigating ‘cybersecurity incident’
Nvidia’s Drive Concierge will fill your car with screens
The Uber hack is an outrageous tale of a teen hacking for fun
Tesla to fix window software on 1M of its U.S. cars
Lux and refreshingly livable, Mercedes’ EQE moves EVs mainstream
How to watch Tesla’s AI Day tonight and what to expect
2023 Audi Q4 E-Tron first drive: the predictable and traditional EV SUV we need
We need more 7-passenger EVs, but the 2023 Mercedes EQS SUV has room to improve
Tesla AI Day 2022: Optimus, self driving cars, and everything else announced