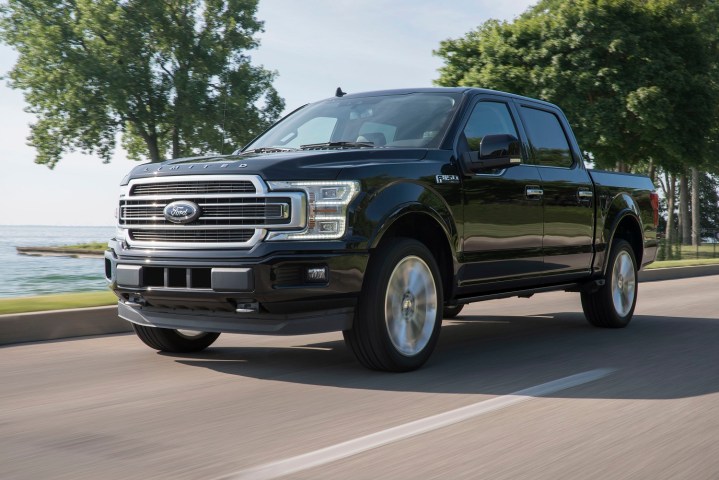 When a redesigned Ford F-150 pickup truck arrived in late 2014 with aluminum bodywork, it prompted attacks from rivals and concerns from truck buyers. One of the biggest questions was whether aluminum, which had previously been used mostly in low-volume luxury and sports cars, would make the F-150 more expensive to repair than competitor trucks. According to Automotive News, the opposite is true: The aluminum F-150 bed is proving cheaper to repair than traditional steel beds.

Aluminum is lighter than steel, which is why Ford used it in the F-150. The automaker estimates that aluminum bodywork saves around 700 pounds over steel, which helps improve fuel economy. But aluminum also generally costs more than steel, and is more susceptible to damage. If the F-150 proved less durable, and more expensive to repair, than rival trucks, Ford would have been in trouble.

So far, that doesn’t seem to be a problem. The Highway Loss Data Institute, a unit of the Insurance Institute for Highway Safety (IIHS) that tracks insurance-related costs for vehicles, found that collision claim severity for the aluminum F-150 is 7% lower than on the truck’s steel-bodied predecessor. But because the frequency of collision claims has risen 7%, there is no overall change.

When it launched the aluminum F-150, Ford undertook a major effort to train dealers to work on the truck, and that’s also contributing to lower repair costs, Automotive News reported. Dealers did have to spend $30,000 to $50,000 on new equipment, although they were able to get a $10,000 rebate from Ford. That included a rubberized curtain to separate aluminum repair work from any nearby steel. Aluminum dust can ignite and explode if cross contaminated with steel dust, according to Automotive News.

Despite the added upfront cost and risk of explosions, the aluminum F-150 has worked out pretty well for Ford’s dealers, according to Automotive News. Bob Tomes, a Ford dealer in Texas, told the publication that the F-150’s repair-friendly design, and the training provided by Ford, has sped up repair work and lowered costs by as much as $2,000 over similarly-damaged steel trucks.

Ford’s Detroit rivals are also embracing aluminum for trucks, albeit not to the same extent as the Blue Oval. The Ram 1500 features some aluminum components, including a tailgate, but most of the bodywork is steel. Instead, Ram is using a mild hybrid powertrain as its primary fuel saver. The Chevrolet Silverado 1500 features an aluminum hood, tailgate, and doors, but the fenders, roof, and bed are steel. The Chevy’s GMC Sierra 1500 twin features a similar mix of materials, but with an optional carbon fiber pickup box.