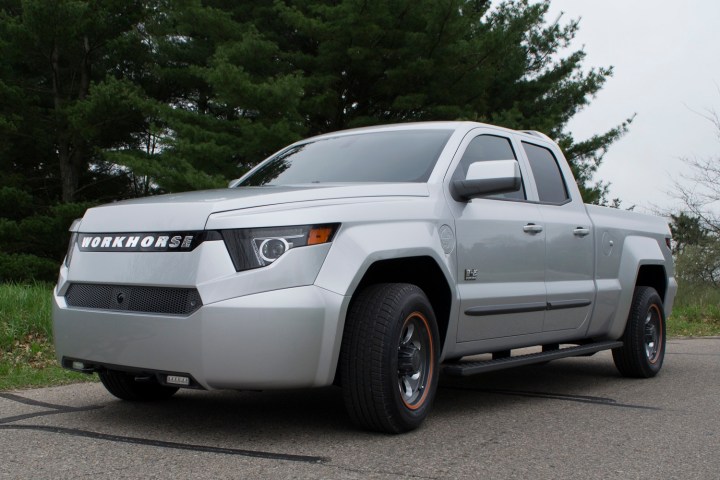 In November, General Motors announced a culling of vehicle models and facilities. But now one of the factories set to be sidelined could get a new life with a different company. GM is in talks to sell its Lordstown Complex in Ohio to Workhorse Group, which is interested in using the factory to build electric trucks.

Lordstown previously built the Chevrolet Cruze, but the last of those cars rolled off its assembly line in March. The factory was “unallocated,” meaning GM planned to close it down rather than replace the Cruze with another model. Workhorse, or rather a consortium led by the company’s founder, is now working to buy the factory. That would preserve local jobs and help GM save face. While the company recently announced new investments and added jobs at other Ohio facilities, it has been widely criticized for idling so many workers as it closes factories and trims its vehicle lineup. The cuts are ostensibly aimed at freeing up funds for things like electric vehicles — exactly what Workhorse plans to build at Lordstown.

“The first vehicle we would plan to build if we were to purchase the Lordstown Complex would be a commercial electric pickup,” blending Workhorse’s technology with Lordstown’s manufacturing experience, Workhorse founder Steve Burns said in a statement.

Workhorse, which is based in Cincinnati, has developed electric trucks and vans for commercial applications. The company is currently building its NGEN-1000 electric delivery van at an existing Midwest factory and is partnering with UPS to develop electric vans for the shipping giant. Workhorse is also developing a plug-in hybrid pickup truck called the W-15 (pictured above).

While Workhorse is eyeing the Lordstown factory for the production of terrestrial vehicles, it also has a couple of aviation projects in the works. The company started a drone-delivery pilot program in Ohio in 2018 and is working to get the Federal Aviation Administration (FAA) for a manned electric octocopter called the SureFly. Powered by eight electric motors, Workhorse claims the SureFly can stay aloft for up to 2.5 hours, and reach a top speed of 70 knots (80.5 mph).

GM has plans for more of its own electric vehicles, they just don’t involve the Lordstown factory. The automaker recently confirmed that it will develop an electric pickup truck. Unlike the pickup Workhorse is considering building at Lordstown, it would likely be aimed at commercial sales. GM is also investing $300 million and adding 400 jobs at the Michigan factory that builds the Chevrolet Bolt EV in preparation for the launch of a new electric car. Cadillac will also get its first all-electric model and SUV.