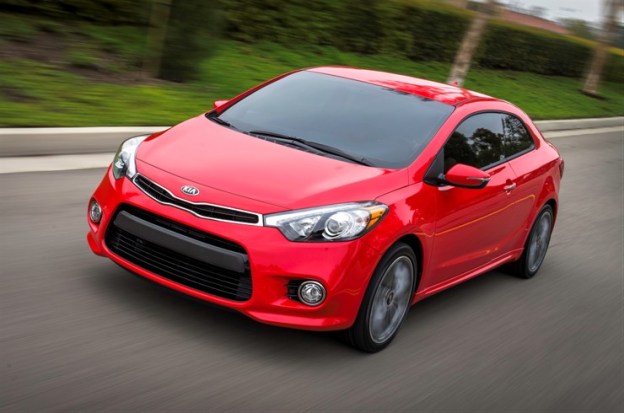 It may sound like an April Fool’s joke, but Kia is apparently working on a two-seat, rear-wheel drive sports car to rival the Subaru BRZ and Scion FR-S twins. The Korean carmaker has done a lot to revamp its cheap-o image, but a truly “sporty Kia” still sounds like an oxymoron.

“We have made a model of an affordable, two-seat, rear-wheel-drive coupe,” Kia designer Tom Kearns told What Car?.

Since they debuted last year, the BRZ and FR-S have been the darlings of the car world because of their simplicity and focus on driving fun. By co-opting the popularity of these cars (and the equally petite Mazda Miata roadster) Kia could find a profitable niche and there could be other benefits as well.

A small, two-seat Kia coupe would perfectly complement parent company Hyundai’s four-seat Genesis Coupe. The choice of two sizes of rear-wheel drive sports coupe would make for a dynamic duo unmatched by any other mainstream carmaker.

It would also add some fun to Kia’s competent but serious lineup. With the exception of the fabulously frivolous Soul, Kia doesn’t really take on projects that won’t win it plaudits in the pages of Consumer Reports.

Right now, Kia builds some of the best looking cars on the road, and they’re faultlessly reliable to boot. However, dynamically, they are outclassed by their rivals from Honda, Mazda, Nissan, and Ford.

A Kia BRZ/FR-S competitor would give the brand an air of sportiness, and it would give enthusiasts another choice for their next drift car. Maybe, in the process, some of that sportiness will rub off on Kia’s other products, too.