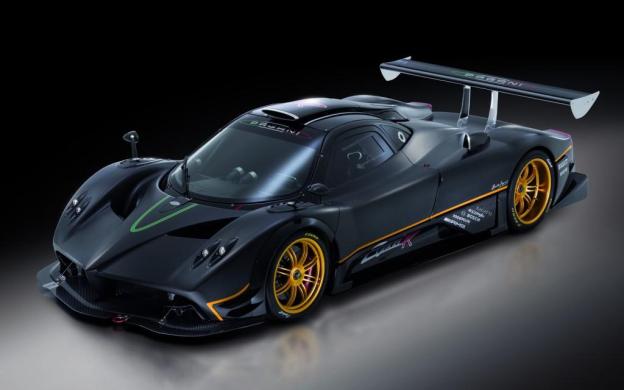 Some people just don’t know when to quit. With its outrageous styling and AMG V12 power, the Pagani Zonda was always an extreme machine. However, the company kept tweaking things throughout the car’s production run, culminating in the track-only Zonda R. Pagani has supposedly moved on to a new car, the Huayra (why-ra), but it decided to give the Zonda one more encore. Meet the Zonda R Evo, which will debut at the Goodwood Festival of Speed later this month.

Customer demand has apparently kept the Zonda in production after its official send-off, and it’s hard to blame said customers for wanting one of these Italian supercars. The first Zonda C12 rolled out of Modena, Italy in 1999. After building a few prototypes, Pagani rolled out the Zonda S, which packed an AMG-tuned 7.0-liter V12 with 550 horsepower into a lightweight, 2,750 lb chassis.

Things escalated from there. The Zonda’s supposed swan song, the 2009 Zonda R (pictured), was essentially a racecar. Its interior was stripped bare to save weight, and its slick tires made it a track-only proposition. Beneath the exposed carbon fiber body was the most powerful version of the AMG V12 to date, producing 740 horsepower. The Zonda R was absolutely compromise-free, and it was the perfect way to say to goodbye to Pagani’s first supercar.

The Zonda R seemed like the peak of Zonda evolution, but Pagani is trying again with the R Evo. This latest special edition pushes the Zonda into even more hardcore territory, but only slightly. Pagani did give it extra power, but only by 10 horsepower; the total is now 750. The power is routed through a six-speed sequential-manual transmission, just like in the Zonda R.

This newest Zonda will be one of the fastest production cars in the world when it debuts, but it may only be a little faster than the Zonda R. However, that may not be the point. Remember the Huayra, the car that was supposed to replace the Zonda? There are no hardcore versions of the Huayra, yet, so the Zonda R Evo won’t be poaching sales from it.

The Zonda R Evo has 20 more horsepower than the Huayra, and weighs 661 pounds less. It’s also illegal to drive on the street, so it appeals to a very specific group of gearheads. The Huayra seems normal by comparison, so it can be Pagani’s “volume” model until customers finally get over the Zonda. If Pagani keeps churning out cars like the R Evo, there’s no need to rush.