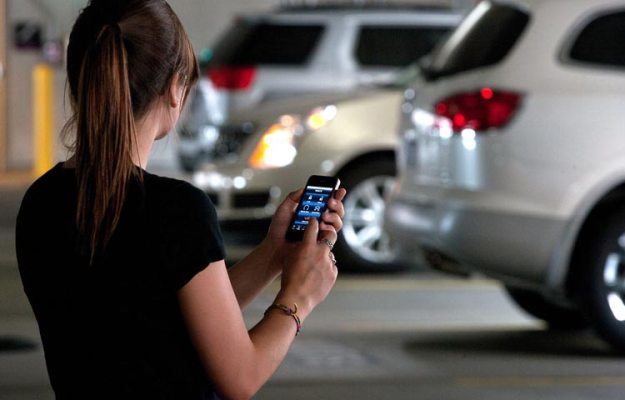 Consumers use Facebook and Twitter to record every second of their lives, but that doesn’t mean they want social media in their cars. According to the Detroit Free Press, Gartner, a technology consultancy, has data showing that consumers do not want to update their statuses in rush hour traffic, but they do want driving-related apps.

Thilo Koslowski, a connected-vehicle analyst for Gartner, told attendees at the Telematics Detroit 2012 conference that consumers want connectivity, but prefer things that actually help them drive. Real-time weather forecasting and apps that show parking availability were high priorities for the consumers in Gartner’s study, while Facebook and Twitter were among the lowest.

If Gartner’s findings really do reflect consumers’ interests, then automakers will have to make some major changes. Several companies are betting that integrating social media into their vehicles will entice tech-happy buyers, and make driving safer by allowing drivers to put down their phones.

Voice command systems that are currently being used to operate navigation systems and other in-car electronics are also becoming personal secretaries. In addition to notifying the authorities in the event of a crash, OnStar also allows drivers to check Facebook. Mercedes-Benz’s new mbrace2 system allows drivers to update their Facebook statuses through voice commands. Other systems, such as Ford’s MyFord Touch, let drivers read and send text messages with voice commands.

Consumers apparently still want some connectivity in their cars: Gartner says 82% are willing to pay for Internet radio or connected safety systems like OnStar, up from just 20% a few years ago. They just seem to want options that make driving easier and safer, instead of things that are not really related to operating a motor vehicle.

Facebook and Twitter help keep people connected, but each person has to drive his or her own car. Having the ability to call for help during an emergency is important but, the rest of the time, it is probably better to focus on the task at hand. Many people think their daily commute is annoying, but perhaps they don’t literally want to be doing something else. Making driving easier by giving drivers more information is one thing, pretending that it’s free time that can be twittered away on Twitter is another.

How to disable Apple CarPlay