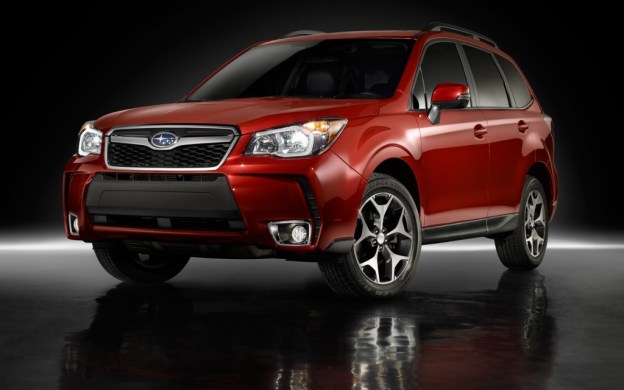 Subaru is launching its new infotainment system, dubbed Starlink, at the Consumer Electronics Show (CES) in Las Vegas this week. Headline features include integration with Aha and plenty of ways to plan a road trip. With Starlink, Subaru will join the ranks of carmakers offering branded infotainment systems like BlueLink (Hyundai) MyFord Touch, and MyLink (Chevrolet).

Aha will give Subaru drivers access to nearly limitless content, including podcasts and streaming radio from NPR, and music from Slacker, MOG, and Rhapsody. Subaru has putting sound systems from Aha creator Harman into its cars for a few years, so the two companies already had an existing partnership.

Of course, every new car comes with a radio. However, Starlink will help push Subaru into the automotive infotainment game by offering concierge-type services like: hotel recommendations from TripAdvisor, restaurant recommendations from Yelp, weather information, and since this Subaru we’re talking about, tips on local parks and surf spots.

“Subaru Starlink is about enhancing the driver’s experience,” Sullivan said in a statement. “Aha gives drivers an easy, inexpensive and safe way to interact with information from their smartphone device without touching it while driving – the simple to use interface is transferred to your vehicle navigation screen automatically.”

Starlink will debut on the redesigned 2014 Subaru Forester crossover, and will only be available on models equipped with navigation (and thus the requisite dashboard screen). It will also be available on the 2014 Impreza, XV Crosstrek, and BRZ starting this summer.

Subaru is also adding Starlink as part of a running change to the 2013 Legacy and Outback. Subaru’s midsize sedan and SUV alternative received a midcycle refresh for 2013, with updated styling and the company’s EyeSight camera-based automatic braking system.