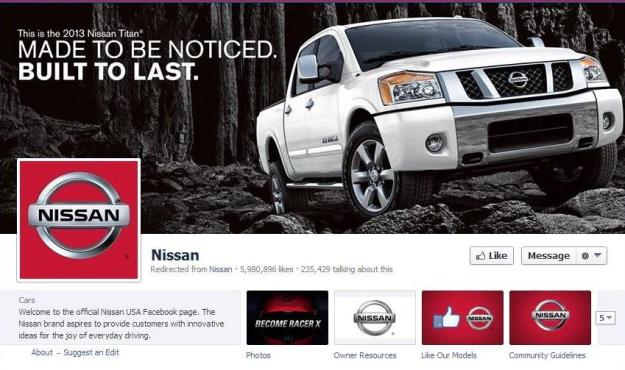 Facebook lost a significant friend in the automotive world this week when Nissan pulled its advertisements from the social media site − and it could prove to be damaging in more ways than one.

According to a New York Times report, Nissan joined a dozen or so other smaller companies that have decided to pull ads from Facebook due to offensive content posted on the site glorifying violence against women. Nissan spokesman David Reuter said the carmaker has temporarily stopped advertising on Facebook until the site can guarantee that the company’s ads will not appear on pages with offensive content.

The Times article indicates that Nissan and the other companies were prompted to pull their ads at the urging of a group of female activists, led by Women, Action, and the Media and The Everyday Sexism Project, who sent more than 5,000 emails to Facebook’s advertisers and 60,000 Tweets protesting the ads.

At is issue is the fact that under Facebook’s current system, ads follow users onto whatever pages they visit, which could potentially include posts with offensive content.

Noting that Facebook is still a significant part of Nissan’s digital advertising strategy, Reuters indicated that the carmaker is intent on working with the social media site to resolve the issue. “I expect we will work through those specific challenges quite quickly,” Reuter told The Times.

Nissan’s own Facebook page, which has nearly 6 million likes, is still up.

In a company blog, Facebook noted that its “systems to identify and remove hate speech have failed to work as effectively as we would like, particularly around issues of gender-based hate.” The social media site also issued a statement saying that it has “no tolerance for hate speech or content that is threatening, or incited violence, and we will not tolerate material deemed to be directly harmful to anyone.”

In addition, Facebook indicated it will work more aggressively to address offensive content, including updating the site’s guidelines and increasing accountability for users whose posts are “cruel or insensitive.”

Still, as a social site that thrives on people sharing everything from baby pictures to political opinions, clamping down on offensive content is more than a notion.

Couple that with the fact that General Motors, one of the world’s largest advertisers, just recently started running ads on Facebook after pulling them last year, and things could even get more troubling for the social media site down the road.

Topics
Nissan wants the 2023 Ariya to be its comeback EV, but the bar has been raised
Tesla hopes full self-driving beta will be out globally by the end of 2022
Tesla to fix window software on 1M of its U.S. cars
Nvidia’s Drive Concierge will fill your car with screens
Jeep is launching its first two electric SUVs in the U.S. in 2024
2024 Chevrolet Equinox EV aims for affordability with $30,000 base price
Cruise’s robot taxis head to Arizona and Texas
Uber says it’s investigating ‘cybersecurity incident’
The Uber hack is an outrageous tale of a teen hacking for fun
Lux and refreshingly livable, Mercedes’ EQE moves EVs mainstream
How to watch Tesla’s AI Day tonight and what to expect
2023 Audi Q4 E-Tron first drive: the predictable and traditional EV SUV we need
We need more 7-passenger EVs, but the 2023 Mercedes EQS SUV has room to improve