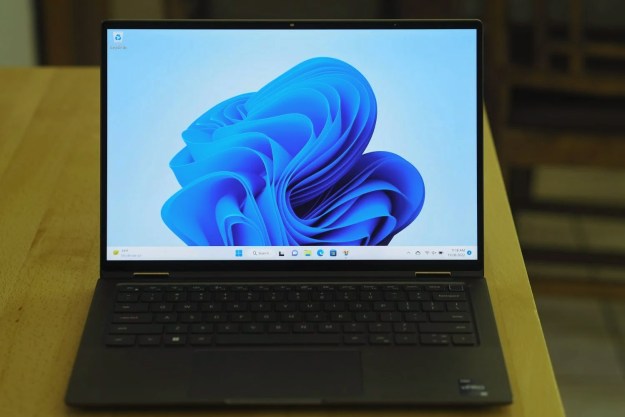 “The Dell Latitude 9330 2-in-1 costs an arm and a leg, but has the executive-suite class to match the price.”

Business laptops tend to be expensive, but Dell’s Latitude 9330 2-in-1 is above and beyond. It’s not for the midlevel managers and directors — it’s the “CEO-level experience,” as Dell describes it, which is why it costs over $2,000 for a midrange configuration.

The Latitude 9330 2-in-1 is a high-end convertible 2-in-1, though, meaning it packs in several features you won’t find on even the XPS line or lower-end Latitudes.

You also get a solidly built laptop with good productivity performance and several standout features — for Dell, at least — that make it a solid choice if your IT budget can afford it.

My review unit is $2,435 with a Core i7, 16GB of , and a 512GB SSD. Those are extremely premium prices, well above most mainstream 2-in-1s and more expensive than most 13-inch XPS configurations. You can spend over $2,000 for an XPS 13 Plus, but you’re getting a higher configuration.

Dell included a handful of security and privacy features with the Latitude 9330, and the inclusion of Intel vPro CPUs means that the can plug into enterprise management systems and provide enhanced capabilities.

One feature that enhances privacy and security is a proximity sensor for sensing a user’s presence. Several features can be configured using the Dell Optimizer app, including Onlooker Detection that can texturize the display, and Look Away Detect, which monitors whether the user is facing the screen or looking away and dims the display accordingly. The system can also lock the laptop when the user steps away and unlock and wake it up when the user returns. These are solid features, but they’re also available on non-business machines, notably several from Lenovo.

The keyboard has a button to shut off the webcam and microphone electronically, and the fingerprint reader supports Control Vault 3.0 Advanced Authentication. The infrared camera supports Windows 11 passwordless login via facial recognition and Dell’s ExpressSign-in 2.0 capability. Overall, the Latitude 9330 provides a solid set of privacy, security, and management features for business users.

A solid but mainstream 2-in-1 design

The Latitude 9330 2-in-1 sports a 360-degree convertible design, morphing into four modes — clamshell, tent, media, and tablet. The hinge works well, although it requires two hands to open the lid. The display supports an optional Dell Premium Active Pen that I couldn’t test but should provide excellent support for Ink.

The all-metal chassis is robust, with no bending in the lid or keyboard deck. It’s as rigid as Dell’s XPS machines and HP’s Spectre x360 13.5 2-in-1, the latter of which is a strong competitor to the Latitude 9330 as a mainstream 2-in-1. Note that Dell submitted the Latitude 9330 to military standard tests for durability, which is uncommon for the company’s . The hinge is a little stiff and requires two hands to open the lid, but it holds the display in place in clamshell, tent, media, and tablet modes.

Dell kept the display bezels quite thin with the Latitude 9330, achieving a 90% screen-to-body ratio that’s close to what you’ll find on XPS machines. That keeps down the 2-in-1’s size, making it slightly smaller than the Spectre x360 13.5, but mainly because that 2-in-1 is built around a taller and larger 3:2 display. Weighing in at 2.8 pounds and being just 0.55 inches thick, the Latitude 9330 is reasonably thin and light to use in almost all its modes. As usual, it’s just a bit heavy to use as a tablet, but that’s in comparison to slates like the XPS 13 2-in-1.

The aesthetic is clean and simple, with a dark gray color scheme and minimal bling. Only dark chrome hinges break up the solid colors. It’s a good-looking laptop that will blend nicely in corporate environments.

The Latitude 9330 2-in-1 has a good keyboard with plenty of spacing and nicely sized key caps, and the switches are light and snappy. The touchpad is large enough, given the palm rest, and has solid but quiet button clicks that feel great. The touch display supports Dell’s optional Active Pen for Ink support.

The touchpad also has embedded LED buttons that mate with Zoom to offer helpful controls during videoconferences. The controls can turn the mic and camera on and off, turn on screen sharing, and open chat. However, the feature currently only works with Zoom, with future Microsoft Teams and Webex support confirmed.

The Latitude 9330 2-in-1’s wired connectivity is just OK, with no legacy ports, meaning dongles are required for older devices. Wireless connectivity is strong, with Wi-Fi 6E and Bluetooth 5.2 to go with optional 4G/ WWAN support. Always-connected internet is a solid capability that will benefit corporate road warriors.

Performance that will please executives

The Latitude 9330 is well-equipped for the tasks that busy executives are likely to perform, like email, videoconferencing, web browsing, and using Microsoft Office applications. It utilizes 9-watt Intel Core processors with 10 cores (two Performance and eight Efficient) and 12 threads that are aimed at productivity work and efficiency.

In our benchmarks, the Latitude 9330 demonstrated that it fits that mold quite nicely. It’s not going to meet the needs of creators, but its performance was good enough for productivity workflows.

The Core i7-1260U should be an efficient CPU, and the Latitude 9330’s battery capacity is average for the class. Even so, it’s battery life trailed some of the competition, and it likely won’t last a full day’s work. That’s somewhat disappointing.

Keeping with the theme of the Latitude 9330 as a great machine for productivity workers, the display is a solid premium IPS panel. It’s more than sharp enough at 2,560 x 1,600 and enjoys the productivity-friendly 16:10 aspect ratio. According to my colorimeter, the colors are wide enough at 81% of AdobeRGB and 100% of sRGB, and very accurate at a DeltaE of 1.06. Brightness was extremely high at 542 nits and contrast was excellent at 1,550:1.

It’s not perfect for creators due to its limited AdobeRGB gamut, but it’s a solid display for getting work done. Thanks to high dynamic range (HDR) support for streaming video, it’s also a good media consumption machine.

Two upward-firing and two downward-firing speakers provide excellent audio quality with sufficient volume for bingeing video and music. You’ll lack the bass necessary for deep appreciation of your best tunes and action movies, but you won’t feel the need to grab for a pair of headphones for everything else.

A very good machine for business executives, but they’ll pay for it

The Latitude 9330 would make for a solid mainstream convertible 2-in-1 option if only it were less expensive. It’s well-built, fast enough, and has an excellent display, although its battery life is slightly subpar.

But it’s too expensive for anyone but business executives with large IT budgets. The thing is, it’s easy to recommend for just those users, offering some business-specific features that help justify that price. For everyone else, there are better options available.

Topics
Best Apple Deals: Save on AirPods, iPads, MacBooks and more
Apple Reality Pro: everything we know about Apple’s VR headset
Best Chromebook deals: Get a new laptop from $114
Best 17-inch Laptop Deals: Get a large laptop for $330
Best MacBook Deals: Save on MacBook Air & MacBook Pro
Dell Laptop Deals: Save on XPS 13, XPS 15, XPS 17 and more
How to sync your Outlook calendar with an iPhone
Best gaming laptop deals: Save on Alienware, Asus and more
Best Alienware Deals: Save on gaming laptops, PCs and monitors
This huge password manager exploit may never get fixed
Apple Mac mini M2 buying guide: don’t make this mistake
Tested: Is Discord really slowing down Nvidia GPUs?
What MacBooks needs to learn from competitors about transparency