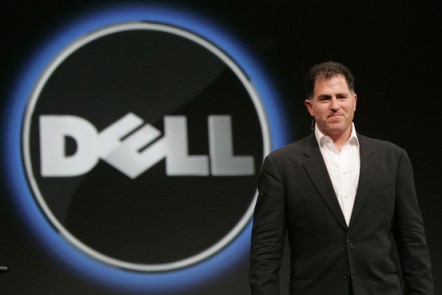 The computer market has been through a very tough year with consumers and businesses simply not buying due to the poor economy. This has led to some heavy losses for some in the computer industry. The economy is slowing starting to come back and the launch of Windows 7 is expected to drive some upgrades in the 2010.

The CPU market grew by 23% showing that computers were shipping in larger numbers in Q3 2009. The same quarter, Acer was able to kick Dell out of the second place spot in the top global PC shippers list. Dell announced its Q3 financials and outlook for Q4 this week and while trying to be upbeat, the Q3 numbers were not great compared to 2008.

EWeek reports that Dell saw its profits drop 54% for the quarter compared to 2008. Net income for the quarter was $337 million; net income in Q3 2008 was much higher at $727 million. Despite plummeting revenue, Dell is upbeat for Q4.

Dell CFO Brian Gladden said that the quarterly results were “showing some encouraging signs for us, especially in our large enterprise and SMB businesses, where we had sequential growth for the first time in seven quarters.”

Things look better on a per category basis for Dell with its large enterprise revenue growing 4% compared to Q2 to $3.4 billion. Revenue from small and mid-size businesses was $3 billion, up 5% from the previous quarter, but down 10% from the same quarter in 2008.

Dell is looking forward to continued growth in Q4 in part thanks to expected consumer upgrades from the launch of Windows 7. Gladden said, “We built more backlog than normal due to [Windows 7’s] late-quarter release, and the order dynamics that we saw during the end of October.”

Dell is still continuing its aggressive cost cutting measures, which so far have included layoffs and plant closures. These cost cutting methods are likely to be leveraged next year with very aggressive pricing on enterprise PCs and servers to allow dell to aggressively gain market share according to analysts.

Technology Business Research analyst John Spooner said, “Despite lackluster business PC and server unit sales numbers in its 3Q09, TBR expects Dell to leverage its recent cost cuts … to fund aggressive PC and server pricing during the expected corporate PC upgrade cycle in 2010. We believe Dell has been laying the groundwork for this move for some time. In fact, it will leverage its lower costs to provide aggressive hardware pricing to large enterprise customers in order to win in large bid situations. At the same time, Dell will gain the opportunity to attach additional items, including its storage and newly acquired Dell/Perot Systems services, with large PC and server deployments.”

The cost savings measures are expected to allow Dell to reduce the costs of its products enough that it can win large bid contracts that it can then turn around and bundle with services such as those provided by the Perot Systems company that it acquired in September.