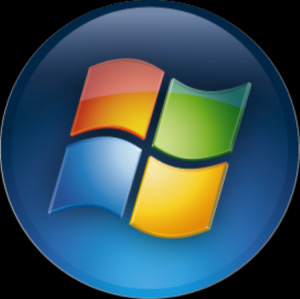 While Apple seems to be content with “going negative” when it comes to commercials touting its computing products, Microsoft has taken a different route with Windows 7. Apple has focused more on bashing Windows 7 (and the faults of its predecessors) rather than focus on the main strengths of the OS X platform. Microsoft, on the other hand, has created positive ads which tout the new features in Windows 7.

It appears that Microsoft’s positive route — along with relatively positive reviews — have led to some rather impressive sales numbers for the latest and greatest from Redmond, Washington. According to NPD Group, boxed unit sales for Windows 7 during the first week of availability were up 234% compared to it’s predecessor, Windows Vista. However, due to an increased use of discounts – such as $50 and $100 Home Premium and Professional upgrades for general consumers, along with $30 Home Premium and Professional upgrades for students – meant that dollar sales were up just 82%, which still isn’t too shabby at all for Microsoft.

Total Windows PC sales (including Windows 7, Vista, and XP machines) were up 49% year-over-year compared to 69% when Vista launched. Sales in relation to the week prior to launch were up 95% for Windows PCs versus 170% for Windows Vista during its retail launch in 2007.

NPD predicts that things are looking good for Windows 7 in the coming weeks. “A combination of factors impacted Windows 7 PC sales at the outset, but the trajectory of overall PC sales is very strong leading into the holiday season,” said NPD Stephen Baker, NPD’s vice president of industry analysis.

Not surprisingly, Microsoft is quite happy about the numbers. Microsoft’s Brandon LeBlanc posted on the Windows Team Blog, “It has been quite amazing to watch the global excitement build around Windows 7, especially during a tough economic climate. It was just a few short weeks ago that we learned about Windows 7 outselling the UK’s “own” Harry Potter. In Japan, anxious PC users waited in line to be one of the first to get their hands on Windows 7.”

North Korean hackers create fake job offers to steal important data
Best Apple deals and sales for October 2022
The best Ethernet cables for 2022: Cat 8, Cat 7, Cat 6, and Cat 5e
MacBooks vs. Windows laptops: Here’s how to choose
Exciting Meta Quest 3 details leak in full CAD renders
Dell is having a surprise sale on its best business laptops
Best laptop deals: Get a portable workhorse from $119 today
Hurry — save $550 with this limited time Dell XPS 13 laptop deal
Save over $1,000 off a new gaming PC with this Alienware clearance sale
This dangerous hacking tool is now on the loose, and the consequences could be huge
Searches for health topics on YouTube now highlights personal stories
Microsoft Surface October Event: Surface Pro 9 and everything else we expect
Best gaming laptop deals for October 2022