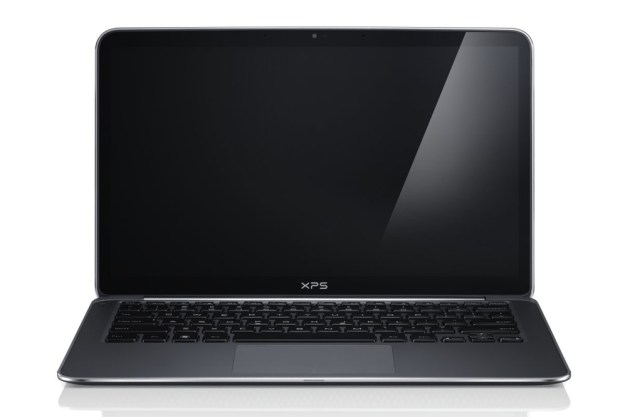 “Dell’s XPS 13 is arguably the best Ultrabook on the market, but its high price may spoil the package for some.”

The march of innovation in consumer electronics is more persistent and grueling than any other industry. CES 2013 proved this once again as even refreshed designs were rarely based on hardware more than a year old. Yet, among this crowd of new and altered products, there was one that remained resolute: Dell’s XPS 13.

To call this a refresh would be charitable. The laptop, which was revealed at CES 2012, boasts only one significant upgrade: a 1080p display. Every other component, from the Core i5 processor to the solid-state drive, is similar to what was previously available. Don’t expect the XPS 13’s age to provide pricing relief, however. Our review unit retails at $1,400.

That’s a lot of money for any laptop, nevermind one that’s a year old. Is Dell’s design still competitive, or should it be pushed into retirement?

From a distance, the XPS 13 is difficult to distinguish from some of Dell’s less expensive laptops. The attitude of the XPS 13 is professional and reserved. Even HP’s drab Spectre XT TouchSmart looks bright and cheerful by comparison.

Hands-on time with the laptop reveals that Dell exchanged extravagance for quality. The laptop’s original claim to fame at release was a carbon-fiber lower chassis, which is both rigid and light. That feature remains unique. Some competitors are as light, and some are as solid, but few can compare in both areas.

Dell still makes a big deal of the XPS 13’s thin bezels – and with good reason: they’re about half the average size. Besides providing a more attractive look, the thin bezels also reduce the system’s size. No 13.3-inch system available today can offer a smaller footprint.

Connectivity comes via two USB 3.0 ports, DisplayPort, a combo headphone/microphone jack and, well, that’s it. The ports available are few even by Ultrabook standards, and that may be a problem for users with more than an external mouse and hard drive.

Keep your hands off the screen!

Though the XPS 13 is expensive, and an Ultrabook, and has a display upgrade, it doesn’t offer touch as either a standard or optional feature. Dell seems confident that leaving touch out is the correct choice; so don’t expect to see it available soon – or ever.

Keyboard quality, like much of the laptop, hasn’t changed since release – nor did it need to. Though we wish the alphanumeric keys were larger, we think the typing experience is both pleasant and efficient. Missed keys aren’t a problem due to the keyboard’s decent tactile response and good separation between key caps.

Backlighting is standard and automatically turns itself on or off by default. This behavior is accurate and the lighting is not overly bright. A keyboard shortcut is used to switch between two brightness settings or to turn backlighting off entirely.

We found the touchpad large and responsive, but ran into occasional problems with the integrated buttons. The buttons offer too little tactile feel, and the texture is too similar to the rest of the laptop. Our fingers occasionally moved beyond the touchpad’s limits without notice – until the cursor stopped moving, of course.

Resolution was the original XPS 13’s downfall. The standard 1366 x 768 display just didn’t cut it in a world where the HP Envy, Asus Zenbook, and Apple MacBook were sold.

Dell addressed the problem with the 2013 iteration of the XPS 13, going above and beyond by serving up one of the best 1080p panels we’ve witnessed in a thin laptop. Our tests show it capable of rendering 93 percent of the sRGB gamut while maintaining deep black levels and excellent contrast. Subjectively, these traits make for an excellent visual experience. The picture is sharp, colorful and deep.

Brightness is the only area the panel falls short. The display is not dim, but competitors like the Asus Zenbook offer a more brilliant picture. To be fair, however, the XPS 13 compensates with a wider color gamut and better contrast.

Audio quality is far less impressive. Though clear at half-volume, our attempts to move past that point summoned the demons of distortion and vibration. At full volume, this little laptop rattles like an old Volkswagen van. External headphones or speakers are a must.

At just less than three pounds, this laptop is a bit below the average weight for an Ultrabook. This advantage is enhanced by the laptop’s diminutive dimensions, which are close to a typical 12.1-inch system. Though technically not the thinnest Ultrabook, the Dell’s low weight and small size make it perfect for both short and long trips.

Users won’t have to worry about the power brick, either, since the system offers excellent endurance. Our Battery Eater load test killed the system in 2 hours and 30 minutes while the light-load Reader’s Test extended life to just a hair above 8 hours. Both results are above average.

Low power consumption helps generate these figures. The system consumes as little as 9 watts at idle with the display at 50 percent brightness, which is among the best results we’ve recorded. Our 7-Zip processor benchmark increased consumption to 22 watts – the second lowest we’ve measured since we began testing last year. Users who want an efficient, portable PC should put the XPS 13 on their shortlist.

Mid-range pull from an expensive system

We were disappointed to see Dell’s premium system arrive with a Core i5-3317U processor. Though a Core i7 is available for the same price, grabbing it requires a downgrade from a 256GB solid-state drive to a far more modest 128GB drive. That’s a trade where the user can’t win.

Still, processor performance is more than up to par. SiSoft Sandra’s Processor Arithmetic bench came to a result of 37.87 GOPS while 7-Zip reached a combined score of 7,858. Both of these numbers are above average for a Core i5 Ultrabook.

PCMark 7 returned a score of 4,459, which is a solid but unexceptional result. Acer’s Iconia W700 tablet, for example, beat the XPS 13 by a hair. Any score over 4,000 is good, but we hoped to see even better performance given this laptop’s price.

3DMark 06 and 3DMark 11 turned in respective figures of 5,063 and 640. Both numbers are a bit better than average among systems with similar hardware. But don’t be fooled; this is no gaming system, and most modern 3D games will be playable only at low or medium detail.

Getting hot for gaming

In most respects, this laptop is far more modern than its age would suggest. There is one area, however, where the year-old design is obvious: heat.

Idle temperatures hover around a maximum of 91 degrees Fahrenheit, which is warm yet tolerable. The heat doesn’t soak through to the keyboard, either, which makes the system pleasant to use on a desk.

Graphics benchmarks spiked temperatures to a blazing 117 degrees Fahrenheit, however, which is far too hot for comfortable use. The system fan, working hard enough to generate an annoying 49.2 decibels of sound, seemed barely able to handle the load.

But the XPS 13 is also a system with two personalities. While graphics can push both temperatures and noise to an extreme, processor benchmarks have little effect. Temperatures hardly increased from idle, and noise levels did not exceed 41 decibels. In short, this laptop runs rather cool – as long as it’s kept away from 3D games.

The only obvious bloatware shipped with the XPS 13 is the Dell Shop app and a pair of Amazon apps. Dell Backup and Recovery also runs in the background. A few other useful utilities, like Dell Audio, can also be found, though we don’t think it’s fair to label them bloat.

Desktop users should be particularly pleased with the lack of pre-installed shortcuts on either the desktop or the taskbar. Zero. Though shortcuts are easy to delete, their banishment gives credibility to the system’s high-end vibe.

We know the XPS 13 is a year-old design. If that knowledge was somehow blasted out of our memory, however, we wouldn’t have noticed. In some areas, like build quality and battery life, this aging system remains more advanced than competitors just coming to market.

Despite its advantages, the original version was held back by its ho-hum 1366 x 768 display. The 1080p panel resolves that problem entirely. No Ultrabook we’ve tested offers a wider color gamut or higher contrast. The original 720p display is still available in the $999 version. Skip it. Buyers on a budget should look at more affordable options like the Lenovo IdeaPad U310 or Dell’s Inspiron line.

Pricing starts at $1,300 for the 1080p model with a Core i5 and 128GB hard drive, which is where the only serious flaw appears. Though we do think it worth the price, the XPS 13 is no bargain. The Asus Zenbook Prime UX31 offers similar hardware and a slightly inferior, though still good, 1080p display for $200 less. HP’s high-end Envy and Spectre laptops also seem a better value.

Frankly, we think the XPS 13 a better laptop than any of those, and users who want the best small Ultrabook on the market should stop reading and buy this laptop now. For those on a tight budget, however, the extra $200 (or more) will be difficult to justify.

Best Dell XPS deals: Save on XPS 13, XPS 15 and XPS 17
Best MacBook deals: Save on MacBook Air and MacBook Pro
Best laptop deals: Save on Apple, Dell, HP and Lenovo
Best Chromebook deals: Get a new laptop from $99
This 15-inch Dell laptop is just $250 today, but it’s selling fast
All the products that Apple didn’t announce in 2022
Nvidia may be shooting itself in the foot with its new monster GPU
This killer Black Friday deal on an RTX 3060 gaming laptop is still available
The best Intel processors for 2022
The most innovative laptops of 2022
How to create a calendar in Google Sheets
Discord now lets creators make money, and it’s not with crypto
Acer Swift Edge vs. Microsoft Surface Laptop 5