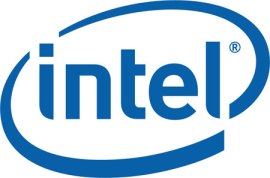 Back in May 2009, the European Union slammed chipmaker Intel with a mammoth €1.06 billion fine (about $1.45 billion USD) for abusing its dominant position in the European processor market to shut out rivals like AMD. The EU claimed that Intel paid computer makers to delay or cancel systems built around competing CPU platforms, and issued illegal rebates to manufacturers who used Intel systems. Intel has consistently denied the claims and is appealing to the European Court of First Instance, but the fine stands as the largest antitrust penalty ever assessed by the European Commission—and now regulators have issued a provisional, non-confidential summary of their case against Intel (PDF, 1.9 MB), citing email and other material detailing Intel’s arrangements with other companies.

“These practices harmed consumers throughout the EEA,” the Commission wrote in its findings. “By undermining its competitors’ ability to compete on the merits of their products, Intel’s actions undermined competition, reduced consumer choice, and hindered innovation. On the basis of a significant amount of contemporaneous evidence and company statements, the Decision demonstrates how Intel broke the law.”

Among the items published in the Commission’s summary are email messages from employees at computer makers like Hewlett-Packard and Dell. Dell executives warned each other in 2002 that Intel would react poorly to increased orders of AMD chips, and that the impact of Intel’s retaliation would be “severe and prolonged with impact to all lines of business.” Dell execs also complained in 2004 that sticking with Intel chips made their enterprise products uncompetitive.

Hewlett-Packard executives indicated that rebates they received from Intel from 2002 to 2005 were tied to purchasing at least 95 percent of its CPUs from Intel; HP executives also informed staff not to divulge the 5 percent purchase cap on AMD products.

Intel denies any wrongdoing, and claims the e-mail messages and other communications represent speculation from low-level employees and do not accurately reflect the actions of the companies or their policies. Intel also defends its rebate practices as ultimately good for consumers because they lowered prices of technology products across the board. Intel believes the Commission’s fine and antitrust ruling to be incorrect, both on the facts and in terms of European law.