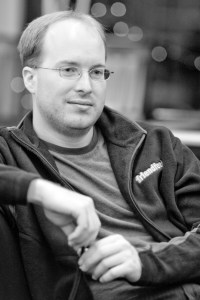 After only a year, Paul Buchheit is leaving Facebook to join Y Combinator, a company that nurses start-ups, the LA Times reports. He was not involved in the rumored email service Facebook may announce today.

“Paul Buchheit was responsible for three of the best things Google has done: he wrote Gmail, built the original prototype of AdSense, and came up with the phrase “Don’t be evil.” After leaving Google he started FriendFeed, which last year became Facebook’s largest acquisition to date,” wrotes Paul Graham of Y Combinator in a blog post. “He’s a good friend as well as one of the world’s best hackers; for years we’ve considered him an honorary YC partner.”

Speaking with the LA Times about his departure, Buchheit compared the differences between Facebook and Google.

At Facebook, “Mark is very involved in really all of the key product decisions at a very detailed level,” said Buchheit. “It’s a much more focused product in terms of it’s just Facebook and there’s a strong desire to keep it that way. Google has a much more diverse approach and the founders operate at a level more like a venture capitalist. They have a number of different products they are interested in: autonomous cars, Street View, search. All these different things from the outside look like they are unrelated. But of course the connection is that those are the interests of the founders. It ends up creating a very different culture.”

Buchheit continues: “Also, the history of the two companies is very different. Google came out of a Stanford research project so it always had a very academic flavor to it. They were PhD students who hired other PhD students from the start. Facebook had more of a dorm room hacker origin. Mark and his friends put together the site very fast and had a much less academic view on things. They have more of a move fast and break stuff mentality which is one of the slogans there.”

While at Facebook, Buchheit worked on a number of miscellaneous projects, he said. His latest was the Facebook export tool that allows users to export their profile pages into a .zip file. When asked about the vocal Gmail contacts fight between the two companies, he simply said “it’s entertaining.” He is looking forward to getting back into the tech startup world, which he has missed.

Searching for emails in Gmail is about to get much faster

If you use Gmail, you should know these keyboard shortcuts