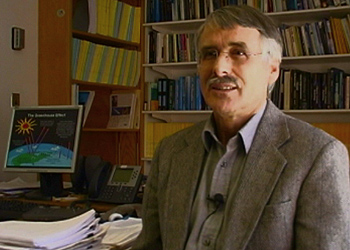 A leading climate change scientist whose private e-mails are included in thousands of documents that were stolen by hackers and posted online said Sunday the leaks may have been aimed at undermining next month’s global climate summit in Denmark.

Kevin Trenberth, of the U.S. National Center for Atmospheric Research, in Colorado, said he believes the hackers who stole a decade’s worth of correspondence from a British university’s computer server deliberately distributed only those documents that could help attempts by skeptics to undermine the scientific consensus on man-made climate change.

Trenberth, a well respected atmospheric scientist, said it did not appear that all the documents stolen from the university had been distributed on the Internet by the hackers.

The University of East Anglia, in eastern England, said hackers last week stole from its computer server about a decade’s worth of data from its Climatic Research Unit, a leading global research center on climate change. About 1,000 e-mails and 3,000 documents have been posted on Web sites and seized on by climate change skeptics, who claim correspondence shows collusion between scientists to overstate the case for global warming, and evidence that some have manipulated evidence.

“It is right before the Copenhagen debate, I’m sure that is not a coincidence,” Trenberth said in a telephone interview from Colorado.

At least 65 world leaders will attend the Copenhagen climate summit in December as representatives of 191 nations seek agreement on a new global treaty on limiting emissions of greenhouse gases.

Trenberth, a lead author on the 2001 and 2007 Intergovernmental Panel on Climate Change assessments, said he had found 102 of his own e-mails posted online. “I personally feel violated,” he said. “I’m appalled at the very selective use of the e-mails, and the fact they’ve been taken out of context.”

In one of the stolen e-mails, Trenberth is quoted as saying “we can’t account for the lack of warming at the moment and it is a travesty that we can’t.”

He said the comment is presented by skeptics as evidence scientists can’t explain some trends that appear to contradict their stance on climate change. Trenberth explained his phrase was actually contained in a paper he wrote about the need for better monitoring of global warming to explain the anomalies — in particular improved recording of rising sea surface temperatures.

In another e-mail posted online, and unrelated to Trenberth, the British research center’s director, Phil Jones, wrote that he had used a “trick” to “hide the decline” in a chart detailing recent global temperatures. Jones has denied manipulating evidence and insisted his comment had been misunderstood. He said in a statement Saturday that he’d used the word trick “as in a clever thing to do.”

Trenberth acknowledged that language used by some colleagues in the hacked e-mails “looks awkward at best,” particularly messages which criticize climate change skeptics.