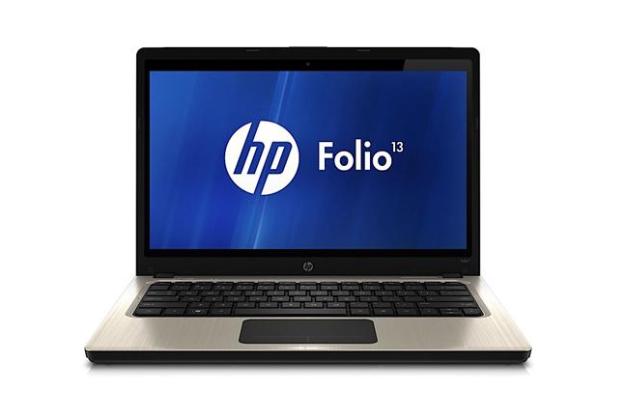 “The HP Folio 13 is one of the best Ultrabooks on the market today, no matter what it’s labeled. The user interface is excellent, build quality is high, performance is solid and battery life is much better than average. All of this is made sweeter by a reasonable price of $999.”

Ultrabooks meant for business use have been rare so far. In fact, as of this moment the HP Folio 13 is the only “business Ultrabook” on the market. Lenovo’s ThinkPad Ultrabook isn’t due for several months.

The lack of Ultrabooks meant for professional use is a bit strange. This category of laptops has fostered some of the thinnest and lightest Windows laptops available including the ThinkPad X220, the ThinkPad X1, the Panasonic Toughbook C1 and the Sony Vaio Z. Yet none of these are officially Ultrabooks.

HP’s Folio 13 is. From a hardware perspective,it’s in same league as the consumer-oriented competition. Our review unit came packing an Intel Core i5-2467M processor clocked at 1.6 GHz, Intel HD 3000 graphics, four gigabytes of RAM and a 128GB solid-state drive.

All of this is available for $999, which is a reasonable price for an Ultrabook. Let’s see what this “business” laptop has to offer over a consumer model.

Few laptops make a better first impression than the Folio 13. Like many other Ultrabooks, it falls into the cliché of an aluminum exterior, but the materials are of high quality and broken up with a liberal dosage of firm, soft-touch plastic. The design reminds us of the Dell XPS 13 that was shown at CES, and that’s good company to be in.

Build quality matches the aesthetics. Panel gaps are mostly invisible and almost every surface feels firm. Some minor flex can be induced by pressing hard around the keyboard, but it’s better than with the ASUS UX31. Display wobble is tamed by tight hinges.

As enamored as we are with this laptop’s looks, build quality isn’t quite up to par with most other business laptops. Those expecting something similar to a HP EliteBook or Lenovo ThinkPad may be disappointed.

Connectivity isn’t great, but good for an Ultrabook. Along the left side you’ll find Ethernet, HDMI, USB 2.0 and a Card Reader. On the right lurks a USB 3.0 port along with a combo headphone/microphone jack.

Yes! An Ultrabook that’s decent to type on

HP has installed the company’s typical island-style keyboard on the Folio 13. It includes reasonably sized keys with large gaps between and a smooth key feel. If we recall correctly, the HP Elitebook 2560p has a snappier key feel, but also bottoms out more harshly.

Palmrest space is ample, and the keyboard layout offers no surprises, which contributes to an enjoyable typing experience. Backlighting is standard and can be turned on and off using a keyboard shortcut, but there’s just one brightness option and quite a bit of light leakage around the keys.

The touchpad is a wide unit that appears heavily influenced – if not directly carried over from — HP’s Envy laptops. Both the left and right mouse buttons are integrated into the touchpad surface, which improves usable space. However, the travel allowed when you “click” the touchpad surface is shallow, making it a bit frustrating to use. We occasionally found ourselves unsure if our mouse click had registered because we didn’t feel the touchpad bottom out.

Despite being marketed as a “business Ultrabook,” the Folio 13 comes with a glossy 1366×768 display that seems more suited to a consumer laptop. Reflections are abundant, and while the edge-to-edge design is extremely attractive, it makes moving the display without leaving a fingerprint a nearly impossible task.

Test images revealed display performance that was average overall. Black levels and gradient banding test patterns both showed the weak black levels that are typical for a laptop. The display remains adequate, however. Movies and games are pleasing if the laptop is used in a dimly lit room.

Maximum volume from the laptop’s speakers is high, so you’ll have no problem using it to listen to podcasts or YouTube videos in a pinch. Distortion and static can make music difficult to listen to if volume is above 50 percent, however. Bass-heavy tracks sound harsh.

Predictably, the thin design of this laptop has some consequences when it comes to cooling. At idle, there’s little problem; the laptop remains cool and the fan spins at low speed, which means little noise.

Stress the laptop and you’ll unleash a different beast. The fan becomes somewhat loud and the laptop warms significantly. Technically, the Folio 13’s highest maximum temperature of 98 degrees Fahrenheit is cool compared to some other Ultrabooks. The problem is where that reading comes from: smack in the middle of the keyboard.

This can cause some discomfort if you are typing while also stressing the laptop’s processor. That’s not a common usage scenario, in our opinion, but it’s something you should know before buying.

The Folio 13 is small. Not only because it is thin, but also because the small display bezel makes it possible to reduce the overall width and depth of the laptop. Those dimensions are slightly smaller than the MacBook Air and the Asus UX31. Combine this with the laptop’s rounded edges and you have a laptop that easy slides in and out of small laptop bags.

Battery life comes courtesy of a 59Wh Li-Ion pack. This is slightly larger than what is available in many competitors, and battery life is slightly better as a result. Battery Eater Standard returned three hours and nineteen minutes of life and the Reader’s Test resulted in seven hours and fifty nine minutes of endurance.

These are great results, particularly the Reader’s Test result. Although the UX31 did post a slightly better result during the more demanding Battery Eater Standard test, it didn’t last nearly as long in the Reader’s Test. The Acer Aspire S3 doesn’t come close to either.

Because it’s sold as a business laptop, the HP comes with some pre-installed security software. One prominent program is HP SimplePass, which manages your online passwords. It also acts as a shortcut, making it possible to launch a specific web page and log in by pressing Ctrl and a number key. It’s a handy program if you take the time to set it up.

The rest of the software suite seems to hinder more than it helps. Buttons promising to protect your computer simply send you to Norton Internet Security, the connection manager seems to exist only to provide an Airplane Mode button, and it’s not clear how different menus like HP Setup Managers and HP Support relate to each other. Some more work is needed to make the pre-installed software feel like a cohesive package rather than a few different programs slapped together.

As mentioned, this laptop boasts a Core i5-2467M processor with a base clock of 1.6 GHz. This is a mid-range part, and in benchmarks it provides mid-range performance. SiSoft Sandra’s Processor Arithmetic test returned 29 GOPS, which is better than the Acer Aspire S3’s result of 27.2 but worse than the Asus UX31’s score of 32.76.

PCMark 7 served up an impressive score of 3,246, just short of the UX31’s score of 3,382. Once again, the solid-state drive is the main reason for this high score, contributing a System Storage result of 4,357. The SSD also offers snappy system load times and helps the system to boot in about 15 seconds.

So far, so good, but gaming performance is weak. 3DMark 06 only scored 3,534, which is well below what you’ll receive from a laptop running a standard Core i5 processor, nevermind one with discrete graphics. Many modern games will run, but you need to turn the display settings down significantly to make them playable.

HP sells the Folio 13 as a business Ultrabook, but to be honest, we have hard time seeing what makes this an enterprise laptop. Build quality, though robust, is not up to the level of a Lenovo ThinkPad or HP EliteBook. There’s not even a matte display option.

Fortunately, this marketing mishap doesn’t ruin the product. This is one of the best Ultrabooks on the market today, no matter what it’s labeled. The user interface is excellent, build quality is high, performance is solid and battery life is much better than average. All of this is made sweeter by a reasonable price of $999.

Some improvements could be made. A display resolution of 1366×768 isn’t going to make anyone jealous, and the high-gloss coat isn’t a good choice for a laptop that’s otherwise so well suited for travel. HP’s bundled software suite could use some work, as well.

Despite these minor issues, the Folio 13 is easily one of the best Ultrabooks on the market today. The combination of price, performance and portability offered by this laptop is impressive. Some Ultrabooks are quicker, but much more expensive. Others are cheaper, but less attractive and not as well built. Don’t be fooled: This so-called business laptop is perfectly suited for your home and your backpack.