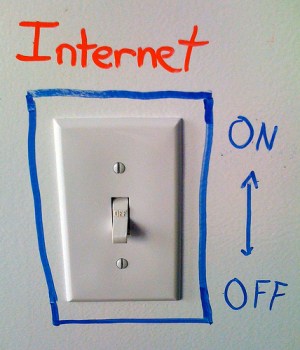 Senators Joe Lieberman (I-CT), Susan Collins (R-Maine) and Tom Calpers (D-DE) introduce a revised version of their cybersecurity bill this week, entitled the “Cybersecurity and Internet Freedom Act,” which they say prohibits any possibility of an Internet ‘kill switch” — they swear.

Like the original bill, which was introduced last month, this version is intended to establish an office within the Executive branch that will handle the “coordination” of governmental responses to a “catastrophic” cyber attack against the United States infrastructure, according to a statement by Sen. Collins.

“The emergency measures in our bill apply in a precise and targeted way only to our most critical infrastructure,” Sen. Collins said Thursday. “We cannot afford to wait for a cyber 9/11 before our government finally realizes the importance of protecting our digital resources.”

If passed, the bill would give the president the ability to declare a “national cyberemergency,” which would give the government the authority to seize privately owned computer systems. What the new bill does not include, however, is the “authority to shut down the Internet” — i.e. an Internet “kill switch.”

“We want to clear the air once and for all,” said Sen. Lieberman in a statement. “There is no so-called ‘kill switch’ in our legislation because the very notion is antithetical to our goal of providing precise and targeted authorities to the president. Furthermore, it is impossible to turn off the Internet in this country.”

According to civil and technology rights activists, like the ACLU and the Electronic Frontier Foundation (EFF), concerns over the powers granted to the federal government in the bill remain.

“The president would have essentially unchecked power to determine what services can be connected to the Internet or even what content can pass over the Internet in a cybersecurity emergency,” EFF Senior Staff Attorney Kevin Bankston tells CNet about the new bill. “Our concerns have not changed.”

Debate over the bill comes only a short time after the government of Egypt shut down nearly all access to Internet and mobile phone connections amidst anti-government protests in that country. In addition, it was reported this week that the US Department of Justice and the Department of Homeland Security accidentally shut down 84,000 domains as part of an operation to stop the exchange of child pornography and counterfeit goods.

Let in some sunshine with the Aqara Smart Curtain Driver