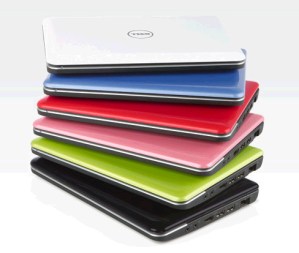 The honeymoon may be over for netbooks. After an astronomic rise in sales following their introduction around three years ago – and surprisingly unhampered by the foul economy – netbook sales have finally slowed.

According to market research firm IDC, shipments to retailers early this year still grew 33.6 percent over last year. That’s growth most industries would kill for, but it pales in comparison to the 872 percent growth netbooks experienced over the same period from 2009 – the industry’s equivalent of a teenage growth spurt. Although the acceleration has dropped, the volume remains significant: IDC claims manufacturers moved 4.8 million netbooks between January and March this year.

The slump in progress does have some companies cutting back. The Taiwanese paper DigiTimes reports that both HP and Dell have cut back investments in 10-inch Atom-powered netbooks due to disappointing sales. Both may shift focus to 11.6-inch netbooks powered by AMD processors, which tread the boundary between netbook and notebook.

For manufacturers not heavily invested in netbooks, the turn could actually be seen as a long-awaited relief. Netbooks have chewed away about 20 percent of the mobile computing market from more profitable full-sized notebooks, and have been viewed as a threat to the premium market because of their exceptionally low margins.