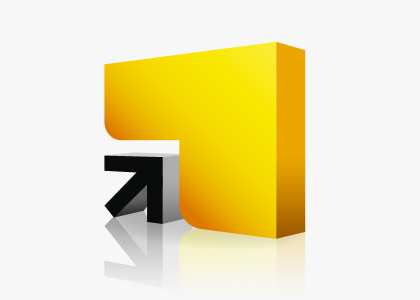 Last week, productivity app Springpad hit a million registered users, solidifying itself as an able Evernote competitor. Last month, more than 250,000 users jumped on board, and that’s largely thanks to its mobile platform. We recently had a chance to talk to Springpad CEO Jeff Janer about Springpad’s remarkable growth and what’s next.

According to Janer, until Springpad introduced its mobile app, it had 40,000 users – the number skyrocketed after its introduction. “The thing that’s really interesting is that we’ve seen a steady increase in people that use mobile and Web,” Janer says, meaning the tool is being used how it’s intended to be: across multiple platforms, allowing users to list, reference, and note at their whim and available device. The mobile app has been a hit with Android users specifically, which easily outnumbers iPhone accounts.

It’s also been improving specifically how the app functions. In September 2010, Springpad introduced its alert framework, which would send you reminders about anything you’d taken note of. For example, if you’d saved a movie you wanted to see, Springpad will alert you when it comes out on DVD or goes on sale. The tool notifies you of a change in state for items of interest – which, as Janer explains, is how it makes money.

For any items you’ve logged into your Springpad account that can be purchased through specific retailers, the company has potential to see a little of the action. Fortunately for users, it still benefits them: Instead of seeking out deals or updates on products, Springpad brings all notifications to you without crossing the line into junk mail. If there’s a book you need to purchase, you will get a reminder that it’s now available on the Kindle. And similarly to Groupon, if you buy it, Springpad gets a cut. It sounds like this is a thin line between spamming and reminding, but Janer insists avoiding this kind of over-saturation is a top priority and that it keeps the service free for users. The alert function is currently available on the Android and iOS apps.

Very recently, Springpad also introduced upgrades to its Chrome extension that allows users to clip data from websites to save as desired. The application can also recognize the information and suggest where to log the information – for instance, a recipe will prompt you to “add to shopping list.” And, thanks to the almighty cloud, this is automatically synced to the mobile app.

So what’s next? As far as implementation plans go, Janer tells us that the extension will officially be integrated into browsers besides Chrome soon (it currently works on competitors now, to an extent). An app for Android’s new tablet-optimized Honeycomb OS is also in the works. On a larger scale, Janer reveals that “our next major release is going to be pretty significant,” and that Springpad is going to get more social. Seeing as tying anything mobile to social networking nearly guarantees increased user base, you can expect Springpad’s number to continue climbing.