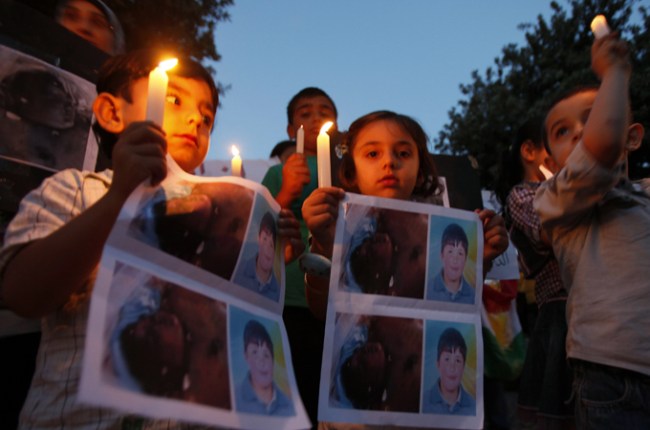 Information is power, and based on the recent social media-aided revolutions, controlling that information is the way to stay in power. Syria has decided that the internet dangerous and is the latest government to levy oppressive measure’s again their people’s communication and internet use. Earlier today the Syrian government has been reported to have blacked out internet service across the country.

According to a government sponsored website, all service including 3G, DSL and Dial-up had been cut off—even in government institutions. Only a handful of website’s remain accessible. The massive blackout is possible due to the countries’ reliance on a single internet service provider.

These strict control measures were enacted by the government in direct response to the rising protests in the country. Close to 50,000 protesters took to the streets today, crying out about the deaths of children and calling for the resignation of President Bashar al-Assad. Since the anti-government protests began in January, 73 children have died; many from gunfire. More than 1000 Syrians have died since March. The blanket of censor was most likely an attempt to impede cyber-coordination.

This case may be “the first known instance of total internet shutdown”, according to the Washington Post, though it is definitely not the first instance of the government’s heavy hand against the internet. The Syrian government has used many tactics to spy and steal sensitive information such as passwords, in an attempt to thwart protestors attempt communicate and coordinate. The government has also been using social media to spreed propaganda and encourage spamming pages of protestors. The Syrian Electric Army has made hacking software available for followers to attack anti-regime websites.

Egypt, Libya and Tunisia and similar countries have also been cracking down on networks to keep people from organizing. Just last week it was reported that Iran is planning a project to completely unplug itself from the global internet, creating a state run internet that can be easily controlled. One has to wonder, even at this stage of outlandish tyranny, how big and how far will these types of controls get?

Facebook and Microsoft dive underwater to lay a new internet cable to Europe
Facebook thinks its new antennas could help bring Internet to the masses
Obama says Google will start offering Internet access in Cuba
In Indonesia, Internet companies need to either pay up or get out
Lenovo leaks the world’s first gaming Chromebook — but there’s a catch
Best Prime Day Gaming Laptop Deals: What to expect in October
Want a 72% GPU boost for free? AMD just delivered one — here’s how to get it
Apple mixed-reality headset: Everything we know about Apple’s VR headset
North Korean hackers create fake job offers to steal important data
This powerful student laptop is on sale at Dell this weekend
Hurry! The Lenovo ThinkPad X13 laptop is insanely cheap right now
Image-generating AI Dall-E is now free for anyone to play with
The best motherboards for Ryzen 7000 available right now