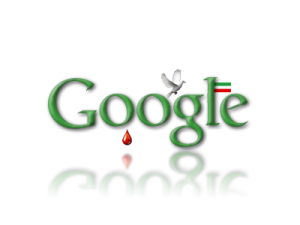 Iran may soon take Internet censorship to a level so ridiculous one can’t help but laugh. Unfortunately, it’s not a joke. According to the Wall Street Journal, the Middle Eastern country will disconnect its citizens from the Internet we all know and love, and replace it with its own nationally-run Internet, which would, of course, be tightly restricted.

The project, initiated by the country’s communications ministry, is part of the repressive Iranian government’s plans to limit exposure of Western cultures and ideas — something pulling the plug on the Internet would do in a massive way. According to Iran’s Supreme Leader Ayatolla Ali Khamenei, this plan is part of the country’s “soft war” on the West, and will help further instill Islamic moral values on Iran’s people.

According to Iran’s telecommunications chief, the entirely state-run Internet would be in place within the next two years.About 60 percent of the country’s homes and businesses will be connected in much less time.

Some question, however, whether or not a 100 percent cut-off of the global Internet is possible. (But that doesn’t mean they won’t try.) Such a restrictive move would not only stop people from playing Farmville, it could also limit foreign investment and hold the country in a bygone technological era.

The national Internet plan follows a wave of demonstrations and protests — commonly referred to as the Arab Spring — that swept across the Middle East and northern Africa, helped, in large part, by the use of social media services like Facebook and Twitter.

Because of the effectiveness of these services, many of the targeted regimes attempted to cut off Internet access to their citizens during the periods of protest and unrest. In Egypt — where protesters succeeded in toppling the government — fallen President Hosni Mubarak has been fined $34 million for his attempts to block Internet and mobile phone access during the political upheaval.

With 11 in 100 Iranians estimated to be Internet users, the country is seen as one of the most connected nations in the Middle East. But not for long, if the government gets its way.

How to clean up your social media accounts
Frontier brings 2-gigabit fiber plan to its Wi-Fi network
Internet guerrillas: Inside the DIY broadband revolution with NYC Mesh
Cheaper, faster internet for apartments could be coming soon
Tesla AI Day 2022: Optimus, self driving cars, and everything else announced
Best iPad Deals: Latest models on sale from $299
Best home internet deals for October 2022: AT&T, Spectrum, Optimum and more
How to change the login picture on a Mac
What are mouse jigglers?
Lenovo Slim 9i vs. Apple MacBook Pro 14
The best desktop computers for 2022: Dell, HP, Apple, and more
Here’s how to delete your YouTube account in just a few easy steps
How to create a new team in Microsoft Teams