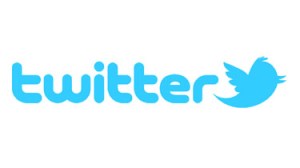 Twitter turns five this week. The microblogging platform has found incredible success in distilling the vast space of social networking down to one simple idea: 140-character status updates. The low level of commitment required to participate has inspired everyone from Luddites to celebrities to board the Twitter train and let their voices be heard in a public space.

To celebrate five years spent changing everything, a list of impressive statistics has been put up on the Twitter Blog in a post that is appropriately titled “#numbers.” It all started on March 21, 2006 when company founder Jack Dorsey — @jack — sent out the very first tweet: “inviting coworkers.” He certainly had no idea at the time that Twitter would catch on as it did.

Over the next three years, two months and one day, 999,999,999 more followed that innocent first tweet. Incredibly, the “billion tweet” milestone that took so many years to reach is now just a pocket change number; Twitter is home to more than one billion new tweets each week these days. The user base is increasing exponentially too, with an average of 460,000 accounts created per day over the past month. More people are microblogging on the go, too. The past year has seen a 182 percent increase in mobile usage on Twitter.

So in short… use Twitter. Everybody else is doing it.

Topics
Video-editing app LumaFusion to get a Galaxy Tab S8 launch
How to use Mastodon: create your account, join servers, and more
Twitter has reportedly suspended signups for Twitter Blue
Twitter begins rollout of new gray check marks only to abruptly remove them
Some blue check Twitter users were unable to edit their names
Mass shipment of Apple’s mixed-reality headset may be delayed
4 tech collabs we want to see on the OnePlus Featuring co-creation platform
This 67W charger is an Apple fan’s retro dream come true
This 38-inch curved Alienware monitor is $450 off (51% claimed)
Alienware teases a monster new 18-inch laptop ahead of CES
Here’s what I’ve learned after using the Quest Pro for one month
Nvidia may finally admit its major mistake with the RTX 4080
These Chrome extensions will put cash-saving coupons right in your browser