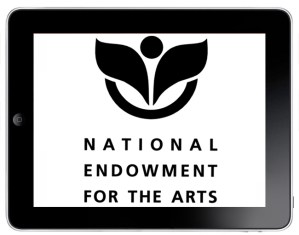 Enthusiasts have long debated whether video games qualify as “art.” But that conversation is now over at the US government’s National Endowment for the Arts (NEA), which just declared “all” forms of media, including video games, content made for the Internet, and “mobile technologies” officially-sanctioned art forms.

The status upgrade is due to a change in the NEA’s guidelines for its new “Arts in Media” category. They are, as NEA director of Media Arts Alyce Myatt says, “expanding.”

Astonishingly, the NEA’s previous rules only counted radio and television as viable art platforms in the multi-media realm. According to the new guidelines, content produced for “all available media platforms such as the Internet, interactive and mobile technologies, digital games, arts content delivered via satellite, as well as on radio and television,” will be recognized by the NEA.

Of course, anyone can call anything they want art. What the NEA’s endorsement does is make it possible for artists who create pieces entirely in digital form, delivered through a digital device, to get grants from the federal government to fund their projects.

According to the NEA’s website, the parameters of what can qualify for cash are as follows:

“Projects may include high profile multi-part or single television and radio programs (documentaries and dramatic narratives); media created for theatrical release; performance programs; artistic segments for use within an existing series; multi-part webisodes; installations; and interactive games. Short films, five minutes and under, will be considered in packages of three or more.”

The amount of money delivered through grants will generally range between $10,000 and $200,000. Anyone who wants to start a project before May 1, 2012, must submit their application to the NEA by September 1 of this year.