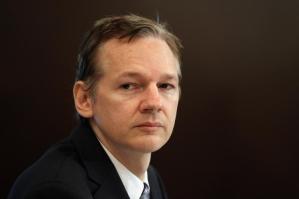 Some say WikiLeaks helped launch the protests in Tunisia, which toppled that country’s dictator and ushered in a wave of similar protests that are currently sweeping through the Arab world. Now, the anti-secrecy organization, along with it’s founder Julian Assange, have been nominated for the 2011 Nobel Peace Prize for doing just that.

“I think it is important to raise a debate about freedom of expression and that truth is always the first casualty in war,” Valen told the Associated Press. “WikiLeaks wants to make governments accountable for their actions and that contributes to peace.”

Valen further justified his choice for the prestigious prize on his blog, saying WikiLeaks has played a crucial role this past year in advancing human rights and democracy across the world, similar to 2010 winner, Chinese dissident Liu Xiaobo:

Liu Xiabao was awarded the Nobel Peace Prize last year for his struggle for human rights, democracy and freedom of speech in China. Likewise: Wikileaks have contributed to the struggle for those very values globally, by exposing (among many other things) corruption, war crimes and torture – some times even conducted by allies of Norway. And most recently: By disclosing the economic arrangements by the presidential family in Tunisia, Wikileaks have made a small contribution to bringing down a 24-year-lasting dictatorship.

Just because WikiLeaks was nominated, doesn’t mean it will win, however, as it has its fair share of powerful critics around the world. Like U.S. Defense Secretary Robert Gates, for instance, who said he was “appalled” by WikiLeaks’ release of the Afghan War Diary last year.

Julian Assange remains a person of interest in a Swedish investigation into accusations of rape and sexual misconduct. Today, documents detailing the broken condom at the center of the case were leaked to Wired.com.

To be investigated for rape and nominated for the Nobel Peace Prize in the same year is quite a feat on its own, to say the least.

Thanks but no thanks: WikiLeaks asks its supporters to stop DDoS attacks